The Ottawa-based Financial Transactions and Reports Analysis Centre of Canada, known as FinTRAC, has passed along information to investigators as part of the government's effort to combat the Islamic State of Iraq and the Levant, says centre director Gerald Cossette.

Many Canadians have never heard of the centre, which keeps a relatively low profile compared with other national security agencies.

However, financial intelligence has become a "key component" of terrorism investigations by the RCMP and Canadian Security Intelligence Service, Cossette said during a recent talk hosted by Carleton University's Norman Paterson School of International Affairs.

"With ISIL, we have seen very clearly the devastation that terrorist groups can inflict when they have access to substantial resources," he said.

The agency's access to information about banking and other financial transactions allows it to see links between people and groups in Canada and abroad that support terrorist activities — including radicalized Canadians bent on waging guerrilla-style war in strife-ridden Iraq and Syria.

"Our main role in such an operation would be to respond, basically, to the demand for information from our security partners — be it CSIS or the RCMP," Cossette said in an interview after the session.

"In fact, we did disclose to them information about a certain number of individuals already."

The centre zeroes in on cash linked to terrorism, money laundering and other crimes by sifting through data from banks, insurance companies, securities dealers, money service businesses, real estate brokers, casinos and others.

Institutions must report large cash transactions or electronic fund transfers of $10,000 or more, as well as any dealings where there are reasonable grounds to suspect money laundering or terrorist financing.

Overall, the centre made 234 disclosures last year specifically related to terrorist financing and threats to the security of Canada — a 450 per cent increase from 2008.

It is difficult to pin down how many of those disclosures were related to possible travelling extremists, Cossette said.

"When we do receive requests, let's say from CSIS or the RCMP, they do not necessarily specifically mention that it's about somebody who wants to travel abroad," he said.

In some cases, banks have begun using open source information — such as news items — to build cases that end up proving useful to intelligence officials, Cossette said.

In one recent case, a financial institution noticed a customer's name appeared to match that of someone mentioned in a news story detailing alleged extremist ties. The institution then used Facebook to confirm its suspicions and passed details of the customer's transaction to FinTRAC.

"So they were successful at meshing their information with the open source information," Cossette said.

The centre then sent the details to CSIS, which found the information "of interest," he added.

In essence, banks are saying: "This this appears weird to us, we're following the news, we see some of these names," Cossette said.

"They do read the paper. They may even flag some individuals."

In other cases, CSIS or the RCMP will approach FinTRAC seeking information about a particular group or individual, he said. "Lots of the requests do in fact come from national security agencies. So it works both ways."

The centre also takes a big-picture look at how money moves to discern trends.

"Do you see a different pattern now than what we saw, let's say, before the Syrian war? Do you see (an) organization of individuals who used to transfer money to Country X now sending it to Country Y, when we know that Country Y may in fact be transferring the money to the original country of concern?"

Cossette is scheduled to appear before the Senate national security and defence committee Monday to discuss threats facing Canada.

During the Carleton session, he was asked how the agency, which has a $53-million annual budget, determines whether it is providing value for money.

Cossette cited the centre's growing intelligence output. But he said it was difficult to put a price on sort of information the agency provides.

"You cannot assess the value of intelligence."

Mission could involve a year of training Iraqi forces, Canadian general says
May 12, 2018 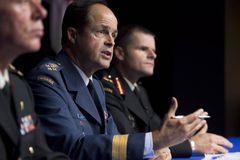 Opinion
Mr. Baird, how are Saudi Arabia’s beheadings different from Islamic State’s?
May 12, 2018 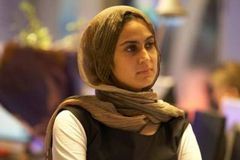