The Canadian military is keeping a watch on aboriginal groups through an intelligence unit that is meant to protect the Forces and the Department of National Defence from espionage, terrorists and saboteurs.

The Canadian Forces' National Counter-Intelligence Unit assembled at least eight reports on the activities of native organizations between January, 2010, and July, 2011, according to records released under access to information law.

When told of the documents, one aboriginal leader said the thought of the military keeping tabs on natives was "chilling."

The Department of National Defence denies it obtained the intelligence itself, and says the information, which cites confidential sources with apparent inside knowledge of native groups, came from other government agencies.

Referred to as Counter-Intelligence Information Reports, the documents alert the military to events such as native plans for a protest blockade of Highway 401, and the possibility of a backlash among aboriginal groups over Ontario's introduction of the harmonized sales tax.

"A possibility exists that First Nations extremists opposed to the HST may engage in activities with the potential to impact public safety in Ontario," said an April, 2010, report that raised the spectre of conflict similar to the Caledonia, Ont., land claim dispute.

The memos devote a lot of space to future protests and lobbying on Parliament Hill by native groups, including the activities of the Assembly of First Nations, the Algonquin Anishinabeg Nation Tribal Council and Red Power United.

The low-profile counter-intelligence unit, formed in the 1990s, is charged with "identifying, investigating and countering threats to the security of the Canadian Forces and the Department of National Defence from foreign intelligence services, or from individuals/groups engaged of espionage, sabotage, subversion, terrorism, extremism or criminal activities."

The unit reports to the Chief of Defence Intelligence who in turn is responsible to the vice-chief of the defence staff.

It is unclear whether the military did anything further with the information.

Grand Chief Stewart Phillip, president of the Union of B.C. Indian Chiefs, said it was unsettling to learn that the military is keeping tabs on native groups.

"You would think the Canadian armed forces undertakes intelligence gathering prior to launching operations," Mr. Phillip said. "The fact that they are directing their intelligence activities at native communities and native organizations is deeply disturbing."

Nearly all of the intelligence in the Defence reports is based on information from confidential sources with apparently close to native groups. "This is a tried and trusted source that has reported reliably in the past" is typical of the way the memos characterize the origin of the information.

Navy Captain Dave Scanlon, a Defence spokesman, said the military draws up reports on a variety of topics to evaluate and anticipate potential threats, but also because it's part of an integrated national security network in which others might call on soldiers for help.

While Parliament Hill is not a military asset, he said that the fact that soldiers in the ceremonial guard perform on its lawns every spring and summer gives the Forces a reason to monitor activities near the House of Commons.

But, he noted, most of the unit's recent counter-intelligence reports on natives aren't focused on aboriginal activity near Forces personnel or property.

Mr. Harris said it appears the military has more time and resources than would be expected during a time of financial restraint.

Mr. Harris said this is another reason more external oversight is needed of the Canadian Forces' intelligence gathering activities, in the same way that an independent review body monitors the Canadian Security Intelligence Service. 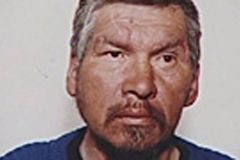 Atleo's bold call for abolition of the Indian Act requires a bold plan
May 3, 2018 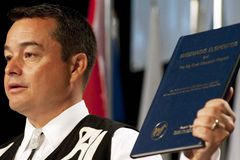 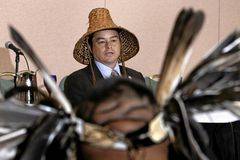