The way Peggy Nash fans – and there are many – see it is that she'll be the compromise candidate. In the NDP leadership race, Brian Topp and Thomas Mulcair will be the front-runners. But their support will be limited because of their negatives. Mr. Topp has the handicap of having no experience as an elected politician, and Mr. Mulcair's appeal will be limited because of his mercurial, adversarial nature.

In such a scenario, Ms. Nash could benefit from the preferential balloting system and come up the middle. That's what Alison Redford, the recently crowned queen of Alberta, did.

Women are on a roll in Canadian politics. Along with Alberta, women have the premierships in British Columbia, Newfoundland and Nunavut. Sheila Copps is likely to be soon elected president of the Liberal Party.

Ms. Nash, a 60-year-old veteran of the labour movement who's in her second stint as a federal MP, hopes to continue the trend. "She's the Margaret Thatcher of the left," one of her supporters offered dreamily. "That's what the country needs."

Ms. Nash is trilingual (English, French and Spanish), has an honours degree in French literature, and is pointed in the cut and thrust of parliamentary debate. To imagine, however, that a female union activist could some day replace Stephen Harper seems rather far-fetched. But that's her dream.

In an interview, she said Canadians aren't becoming more conservative, but the government has pushed the country to the right, polarized it, and created a big opening for the other side. Although her record suggests she is well ensconced in her party's leftist tradition, she wants to broaden its appeal to the middle of the political spectrum. She is targeting a government that, she says, is "consistently siding with employers against the interests of average working people."

Ms. Nash's years of experience with grassroots movements and as a top negotiator for the Canadian Auto Workers union give her both a toughness and a capacity to bridge differences, she feels. While steely, she also sees herself as a rassembleur. "I am the type of person who likes to reach out to the other side and find a compromise. That's my nature."

But her entry into the leadership race gives the NDP two top-tier candidates from the union ranks (the other being Mr. Topp). This has the Conservatives' divide-and-conquer strategists salivating. With the Liberals in opposition, they didn't pay much heed to organized labour. But since the election, it's been one broadside after another. The moves have included forceful tactics to prevent postal workers and flight attendants from striking, the promotion of a private member's bill to demand greater financial disclosure by unions, and allegations that the NDP contravened financing laws by accepting paid advertising from unions at its June convention.

If this isn't enough, Labour Minister Lisa Raitt, who's been winning praise for her hard-line tactics, says she's considering changing the Canada Labour Code so the economy will be defined as an essential service. Given that almost any strike could be said to affect the economy, such a move would give the government extraordinary arbitrary powers.

It's all in keeping with the polarization strategy, says Ms. Nash. "They are trying to turn the average person who may not be in a union against those who are." Of Ms. Raitt's move, she said: "It sounds like the goal is to deny everyone the right to strike."

Although women hold senior positions in politics now, NDPers may recall, in contemplating Ms. Nash's candidacy, that the party had two female leaders in the 1990s. Both Audrey McLaughlin and Alexa McDonough fared poorly; they weren't tough enough to stand in the trenches against the leaders of that time, never mind Mr. Harper.

By contrast, in speaking of the current PM, Ms. Nash said: "I'm as tough as he is." That, of course, remains to be seen. If she can become anything approaching an Iron Lady of the left, the NDP will be in heaven. 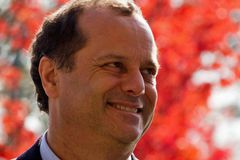 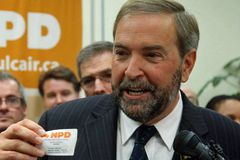 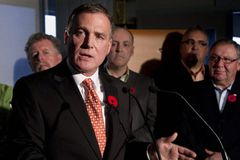 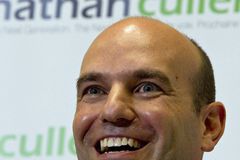 Conservatives unload with both barrels on NDP tax-hike plan
May 3, 2018 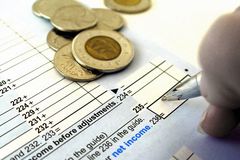