A 66-year-old indigenous man who says he was raped by a priest when he was a young boy at an Indian residential school has been waiting more than six years for the compensation he believes he is owed by Canada.

No one disputes that the man, known as MF in legal documents, is entitled to a share of the money from the Indian Residential Schools Settlement Agreement for those who were abused at the institutions. But a legal battle being waged by the federal government will prevent him from being paid for the foreseeable future.

The government argues that Justice Paul Perell of the Ontario Superior Court overstepped his authority in July when he ordered the government to sit down with MF's lawyer to determine how much the man is owed and to give it to him.

Related: 'If Secret Path is the last thing I do, I'm happy': What happens to Gord Downie next

Related: What is the Truth and Reconciliation Commission?

Justice Department lawyers appealed Justice Perell's decision, saying only an adjudicator of the Independent Assessment Process (IAP) – which demonstrably failed MF – can decide how much a victim of the residential schools should get from the settlement. They want the case sent to another adjudicator. A hearing for that appeal has been scheduled for March.

Recognizing that the claim has dragged on, the federal lawyers will be in court on Friday to ask for an earlier date. But David Schulze, MF's lawyer, said that is cold comfort to MF, who could receive $100,000 or more in compensation.

"This case isn't about my client any more. They are taking my client along for the ride. This case is about the arcane question of whether he should be awarded his compensation by Justice Perell, or by an adjudicator," Mr. Schulze said. "The Government of Canada has decided that my client can wait while they sort that out."

MF's claim goes back to the late 1950s, when he says he was an altar boy and was raped and forced to perform oral sex on a priest known as Father B at the Spanish Boys Indian Residential School in Spanish, Ont., which closed in 1958 when MF was eight years old.

The IAP adjudicator who handled his claim said she had no concerns about MF's credibility or reliability. But, based on her own limited knowledge of the Catholic Church, she said the abuse must have taken place after the school closed because it was unlikely MF would have been an altar boy at or before the age of 8. On that basis, she denied his request for compensation.

A reviewer determined that the adjudicator's reasoning was not readily apparent, but upheld the decision. And a re-review agreed with that ruling. So MF took his case to the Superior Court.

A short time before the court hearing was to begin, the federal government came forward with documents, which had been in its possession all along, to show that Father B left Spanish for good when the school closed in June, 1958. That proved that any abuse of MF must have taken place while the school was still open.

Justice Perell said in his decision that, with or without the newly disclosed documents, it was "perverse" to find that the assaults of MF took place after the school had closed. The adjudicator made a "palpable and overriding error," he said, in relying on her own "erroneous use of extra-curial knowledge" – a mistake that was not corrected in the review or the re-review. He ordered that MF be compensated.

The government fought back, saying Justice Perell erred by "seizing jurisdiction" and not sending the case back to the IAP for a second adjudication. "IAP compensation decisions fall squarely under the primary expertise of independent adjudicators, and call for the utmost deference from supervisory courts," the government said in making the case for an appeal.

The office of Indigenous Affairs Minister Carolyn Bennett issued a statement this week saying the government strongly believes MF's claim should be re-assessed by an IAP adjudicator. Justice Perell's decision changes the terms of the Indian Residential School Settlement Agreement, the statement said. It "could have far-reaching impacts on the Independent Assessment Process, contrary to what the parties [to the settlement] agreed to."

Daniel Shapiro, the head of the IAP, pointed out that courts have reversed just three of more than 30,000 cases handled by his adjudicators. "While no system is perfect, the IAP was agreed to by all of the parties to the settlement agreement, including former students, their lawyers, the government of Canada, the churches and indigenous organizations, among others," Mr. Shapiro said.

But Charlie Angus, the indigenous affairs critic for the New Democrats, said Prime Minister Justin Trudeau promised survivors of the residential schools he would do better than the previous government in ensuring they are treated fairly.

"Now, his officials are in court to overturn a ruling of compensation to a victim of child rape at a residential school and a victim of a process that has been called a perverse misapplication of justice," Mr. Angus said. "That's the fundamental issue here." 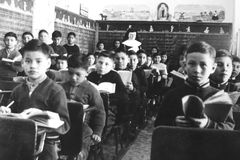 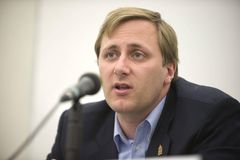 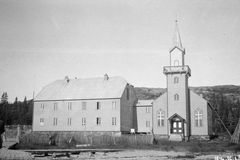 Follow Gloria Galloway on Twitter @glorgal
Report an error Editorial code of conduct
Due to technical reasons, we have temporarily removed commenting from our articles. We hope to have this fixed soon. Thank you for your patience. If you are looking to give feedback on our new site, please send it along to feedback@globeandmail.com. If you want to write a letter to the editor, please forward to letters@globeandmail.com.
Comments are closed