A coalition of 50 influential Torontonians, including some of Mayor John Tory's key allies, called Wednesday for an end to the controversial practice of carding – a moment that signalled a shift on one of the most heated issues facing Toronto's police force.

The group of former mayors, community leaders and public officials argued the practice of stopping and questioning people who are not under arrest amounts to racial profiling, forcing the shaken mayor to respond on the fly with "message received" and a pledge for "fundamental change."

Mr. Tory and the Toronto Police Service did not agree to the group's call to end carding. But the mayor, a member of the police board that decided just two months ago to continue a revised version of the practice, did promise to review the policy, leaving the impression that the unpopular reforms could be up for renegotiation sooner than expected.

Toronto police spokesman Mark Pugash spoke of Chief Mark Saunders's continued support for the use of carding but also of his desire for "fundamental change."

Amid heightened tensions between black communities and police forces all over North America, carding by Canada's largest city police force has been closely watched by municipal leaders across the country. Critics have said that Toronto's carding policy disproportionately targets young black men.

"Lately, it feels like we've been going backward," Ms. Hall said. "All of our rights are at risk. We have an investment to make – as citizens, as [former city officials], as people who love this city. Our job is to say: 'No, not any more. Bad policy. Get rid of it. We want to build a positive town.'"

The use of carding by Toronto police has had a controversial history. Former police chief Bill Blair temporarily suspended the practice in January – a suspension that continues to this day. In April, the police board voted to continue carding but with new rules governing the conduct of police officers.

"The stopping of law-abiding citizens – individuals who are just going about their daily lives – and to question such persons with respect to personal information for the purpose of creating so-called intelligence is, in my view, a violation of the Charter of Rights [and Freedoms] and [the] Human Rights Code," said former Ontario chief justice Roy McMurtry at the demonstration.

In response, Mr. Pugash said, "We have a number of legal opinions that disagree with that."

Both Mr. Tory and the Toronto Police Service said they appreciate the need for "fundamental changes" to carding – but added that some of those changes are already happening.

Mr. Pugash, speaking on behalf of Chief Saunders, said the force is working to ensure there is "no randomization" in the practice and to provide officers with a better understanding of Charter rights and the Human Rights Code. The chief has also pledged to limit officers' access to the data collected from carding.

Toronto Police Services Board chair Alok Mukherjee also said he has "no tolerance for a policing practice that has a negative, discriminatory impact" on anyone based on race or skin colour.

Mr. Tory said he feels a "greater sense of urgency" after Wednesday's demonstration to reform the policy.

"I know we can do better. I know we must do better. And the urgency of doing better was reinforced today. The message has been received," he said.

Though Mr. Tory said his views in favour of change "are very close" to those of the demonstrators, the group was quick to point out they want the practice abolished, not reformed.

"I don't think John Tory understands how much pain and suffering and long-term damage the practice of carding is doing," said writer Desmond Cole, whose Toronto Life article about his experiences with carding was cited Wednesday as a "tipping point" in the issue.

"He is treating it as a public-relations exercise that he needs to manage rather than a human rights issue," he said. "They cannot manage their way out of this problem."

Mayor Tory may not be able to smooth over criticism of police carding
May 15, 2018 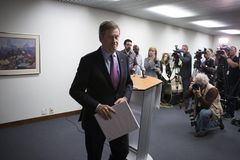 Man wins lawsuit against Toronto police board after 'carding' incident
May 15, 2018 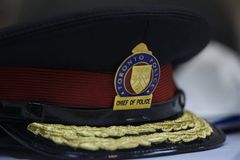 Toronto’s carding policy diminishes trust in the police
May 15, 2018 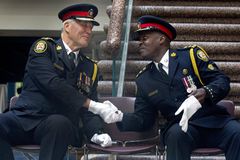 Toronto police need to either explain carding’s worth, or end the practice
May 15, 2018 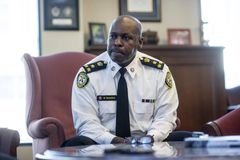