Iveth Maita stood and watched as the demolition crew peeled back the roof of what used to be her home, exposing to the sky the bedrooms where her children once slept.

After nearly five years of planning and hundreds of meetings, the first segment of co-op and community housing units in the downtown Toronto neighbourhood of Alexandra Park have been torn down. They will be replaced by brand new townhouses, part of a massive, 10– to-15-year revitalization that will see 333 new rental units built, 473 units refurbished and 1,540 new private market condominiums on prime downtown land. All of it will be paid for by the condo developers at no cost to Toronto Community Housing.

Officially, the start of demolition back in February was meant to be a celebration. Dignitaries made speeches under a rented canopy. The property developer, the city councillor and many of the local residents basked in the occasion. Others, like Ms. Maita, had mixed feelings. They worry that the disruptions of this massive tearing-down and building up, not to mention the arrival of , will threaten the spirit of the community they've built. On the surface this is about building  . But it's also about power and money. They're being asked to accommodate development – this is, after all, some of the most valuable real estate in the TCHC portfolio – but they'll get nicer homes and a new community centre in the deal.

Alexandra Park, to the outsider, is a hard-to-navigate warren of townhouses, apartment buildings and dead-end passageways. Located between Kensington Market and Queen Street, it feels as though the neighbourhood turns its back to the city, repelling passersby with its forbidding design and lack of through streets. That has been both a blessing and a curse. Residents appreciate the close-knit atmosphere it fosters, but at times it has made the community less safe.

The revitalization promises new streets to open up the area. One will connect Augusta from Dundas to Queen, while two others will run east-west between Cameron and Augusta. The intention is to embrace the city, said TCHC CEO Gene Jones. It will also make it easier to navigate for fire and police, who often complain that such large-scale housing projects, designed with closed pedestrian walks, allow crime to flourish.

Ms. Maita's home is gone now. There's nothing there but an empty field of dust, and "very nice memories," she said wistfully. Before leaving for a last time she had hugged and kissed the doorway as a farewell.

"My kids thought I was crazy," she says. "In my country, you live in the same house until you die."

Ms. Maita came to Canada as a refugee from Bolivia in the 1980s. She raised two children in Alexandra Park working a full-time job at the neighbourhood McDonald's, earning a little more than minimum wage. The local school was great for her kids and she appreciated being so close to Chinatown, Kensington and all the amenities of the city centre. But when the revitalization was announced, it became clear that some people would have to move, at least temporarily, to allow for demolition. Ms. Maita was one. She agreed, reluctantly, but she's not happy about it. She now lives on the 30th floor of a TCHC building near the waterfront. It's too high up for her and too far from the old neighbourhood, but it's new and clean.

When revitalization was first proposed six years ago, many residents were opposed. They had seen what had happened at Regent Park, the first in the recent wave of TCHC revitalization, and rejected the idea that people might be displaced to different neighbourhoods against their will. Zero displacement became the mantra. That mantra was repeated at hundreds of meetings, as everyone with a stake was consulted on a litany of details.

City councillor Adam Vaughan, who spoke at the ceremony in February, said he was always mindful of the community's wishes. Nothing would have happened without the community's consent, he said.

"As a young man at the beginning of this told me, 'Mr. Vaughan, You can fix this community but don't break the neighbourhood,'" Mr. Vaughan said. "We haven't always been here for Alexandra Park. As a government we haven't, as neighbours we haven't. But that has changed … You'll see Alex Park residents getting skills and careers from the changes in the neighbourhood."

After Mr. Vaughan spoke, Ms. Maita wandered over to inspect the artist renderings of the new buildings, the SQ condo project slated for Queen and Cameron and the new townhouses where she hopes to live in three years' time. She let out a sigh.

"That's beautiful," she said. "I want one there. It looks like a very rich building."

That's certainly part of the appeal for residents.

Ahmed Hashimi, originally from Kandahar, Afghanistan, has lived in the neighbourhood for more than 20 years. He raised eight children here.

Colleen Lavallee, a well-connected leader in the community, said she expects the positive outcomes from the revitalization will outweigh any short-run negatives. For one, the urban design will be more practical. For another, local youth will be hired for revitalization work as part of an economic development plan.

"The design is about clear sightlines, less turns and twists. But it's not just construction. I also see opportunities for our young people," Ms. Lavallee said. "When you come into these neighbourhoods to report on crime or whatever, they can do the math. They can see what rent in the city of Toronto costs, they can see what wage earners earn and they can see there's not very many opportunities for them. This is an opportunity to provide training, get them employed."

Kathleen Sousa is less optimistic. She has lived in the neighbourhood for 43 years, longer than nearly anyone else. She lives next door to the home where she grew up. It may be old, but a home is what you make it, she said.

"They're taking away community. And it's all for money. You mark my words. They say nothing is going to change, zero displacement. But you'll see," Ms. Sousa said.

Mr. Jones, the TCHC CEO, said there is a lot to be gained for Alex Park. The plan is to continue to work with residents to minimize the disruptions and maximize the benefits. He said the mixing of neighbourhoods, with community housing blending more closely with its surroundings, will boost the self-esteem and remove some of the stigma associated with living in public housing.

Ms. Maita has seen a lot of changes to the neighbourhood already. Queen West, the borderland to the south, is now a hopping commercial hub, and with the new condos going up that may spread north into Alex Park. 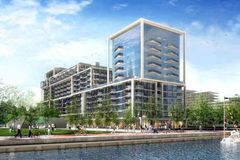 New structures play with a vertical mosaic
May 11, 2018 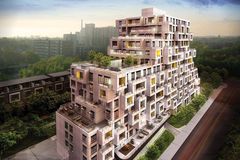 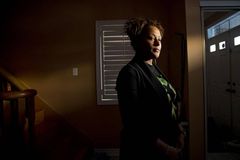 Alexandra Park slated for revitalization
May 1, 2018 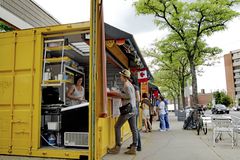 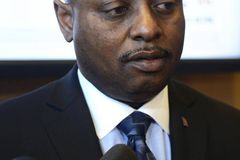