Hazel McCallion knows a good thing when she sees one. The 92-year-old Mississauga mayor has been struggling for years to secure funding for her key transit project: a light-rail line through her suburban boomtown's growing core. Now, at last, there is a chance she might get it.

A long-awaited report from the Metrolinx transit agency proposes raising $2-billion a year by imposing a commercial parking tax, a 5-cent-a-litre gas tax and a 1 percentage point increase in the sales tax. "Metrolinx has done their job," she told reporters. "This plan they've come up with is an excellent plan."

After years of study and delay, it is time to "get on with the job. Get on. Let's go. Let's go. Go!" she said, impatiently. "The time for action has come."

But will it happen? Is the Metrolinx report really a turning point, or is it destined to join a stack of stillborn transit plans for the Toronto region?

A lot depends on the people of Greater Toronto and the men and women who lead them. Now that Metrolinx has reported, the issue has entered the political realm. Premier Kathleen Wynne says the new transit taxes are necessary to raise the billions needed for transit expansion. But, as leader of a minority government, she is way out on a limb. The opposition parties are either dead against the taxes, in the case of the Tories, or openly skeptical, in the case of the New Democrats.

If the Premier is going to carry the day, she desperately needs the support of the cities. In the case of Mississauga and several other regional municipalities, she clearly has it. Toronto is another question.

In a chaotic meeting earlier this month, city council failed to give a clear thumbs up to a single one of a long list of proposed transit taxes. Instead, councillors fell over themselves to get backing for their pet transit projects. The most they could bring themselves to do was to leave the door open to development charges and a regional sales tax.

TTC chair Karen Stintz insists that it is the job of the Premier, not the city, to choose which taxes to implement. She says that she likes the Metrolinx report, supports its main recommendations (except for the parking tax, which she is against), but feels the provincial government must take the lead, consulting with the public and working to sell commuters on the benefits of the Big Move, the $50-billion Metrolinx transit plan. "Once she comes out with her decision, we need to support her," she says of Ms. Wynne.

Mayor Rob Ford, for his part, says there is no need to consult anyone. To no one's surprise, he thundered against the transit taxes. At a news conference on Tuesday, he said that he supports building rapid transit but: "What I do not support is the province's plan to slap new taxes on the back of hard-working families."

It is all pretty discouraging. Toronto has the most to gain from better transit and the most to lose from rising congestion. This city will be making a huge mistake if it fails to get behind the Metrolinx plan. Many of the projects in the Big Move, such as a new relief line subway looping through downtown and a northward extension of the Yonge subway, have been on the city's wish list for years.

Although no one likes new taxes, it could have been worse. Metrolinx took the advice of Toronto and other municipalities and did not recommend an increase in local property taxes to pay for transit. Two-thirds of the money would come from the sales tax. The proposed 5-cent gas tax is a third of what Vancouver motorists pay to support transit. The parking levy, 25 cents a day for the average space, would be way lower than similar taxes in Montreal or Sydney, Australia. 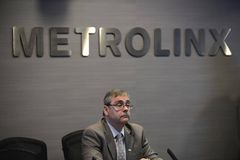 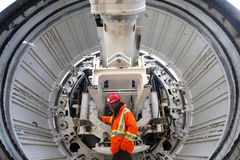 Ontario not interested in Toronto subway extension, minister says
May 11, 2018 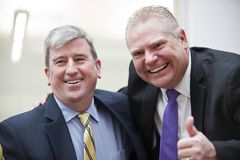 Ontario mayors back Wynne on transit funding
May 11, 2018 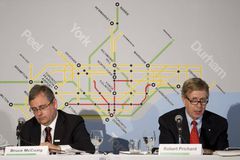