The emergence of Asian Americans as the fastest-growing immigrant group in the United States, eclipsing Hispanics, has far-reaching implications on many facets of American life, most immediately election-year politics.

Hispanics are traditionally regarded as a key voting block in the United States – a determining factor on whether President Barack Obama can retain crucial swing states he won in 2008 such as Colorado, Nevada, Virginia and Florida.

But as Asian Americans displace Hispanics as the largest group of new immigrants, they are poised to become equally important in future elections, with Democrats and Republicans suddenly keen to shore up support in a diverse demographic that includes everyone from Indians to Japanese to Vietnamese. So far, experts say, those efforts have been limited.

"You would think this is a group they would be going after," said Karthick Ramakrishnan, an associate professor of political science at University of California, Riverside.

"But Asian Americans are less likely to be contacted by the parties because you still have big sections that need to be contacted in their own language. Also, in the past, because there wasn't solid information about party loyalty, the campaigns were reluctant," he explained.

According to a new report from the Pew Research Center, Asian Americans accounted for 36 per cent of all immigrants in 2011, while Hispanics accounted for 31 per cent. The shift has been largely fuelled by a decline in immigrants from Latin America, the result of a clampdown on immigration from Mexico, a weak U.S. economy and increased deportations.

While Asian Americans still make up a relatively small slice of the country's population – accounting for 5.8 per cent in 2011 compared to Hispanics, who represent 16.7 per cent – their population growth has been concentrated in key political battlegrounds, such as northern Virginia.

In the 2008 presidential election, Mr. Obama decisively won the Asian vote with 62-per-cent support, compared to his opponent John McCain, who garnered 35 per cent.

"This is a historical development," Mr. Ramakrishnan said of the demographic's embrace of the Democratic Party. "It's because of two things. First, many became citizens and registered to vote under Bill Clinton, which built allegiance. Also, after 9/11 a lot of Asian Americans – especially those of South Asian descent – felt the Republican Party was not defending civil rights."

Republican Mitt Romney, however, is attempting to peel away support. His campaign has sought to reach out in particular to wealthy Asian Americans, arguing the Republican candidate has the best blueprint for the economy.

With 22 per cent of Asian Americans identifying as politically independent, his strategists say, there are still plenty of votes up for grabs.

SKILLS AND EDUCATION TRANSLATE INTO PROSPERITY

Asian Americans are not only the fastest-growing racial group in the United States. They are also the highest-income and best-educated.

As a group, they participate disproportionately at the top end of the labour market. Asians account for three-quarters of new H1-B visas, which are offered to highly skilled workers. Last year, India alone accounted for more than half of such visas issued.

The median household income of Asian Americans was $66,000, compared with a U.S. national average of $49,800. Generally, Asian Americans are more satisfied with their personal financial situation than the general population. There is an 11.9-per-cent poverty rate among Asian Americans, lower than the U.S. rate of 12.8 per cent.

The shift is keeping in step with the direction of U.S. immigration policy, which has, since the 1990s, favoured wealthy and educated workers.

"Our immigration policy favours skilled immigrants, and Asian Americans are among the groups that have most benefited from that," said D'Vera Cohn, a senior writer at the Pew Research Center, who worked on the study.

"Asian students account for a high share of the college and university students in the U.S. To get here from Asia also can require a certain level of resources, so it may be that many of these immigrants are coming here with educational attainment to begin with," she said.

Today, international students studying at American colleges are most likely to come from Asian countries. Many stay on to work after graduation. Asian students – both foreign born and U.S.-born – earn a huge portion of the doctoral degrees awarded.

Asian students earned 45 per cent of all engineering degrees in 2010, and 38 per cent of doctorates in mathematics and computer sciences.

Some critics of the Pew study say the numbers only reinforce stereotypes.

"This data only further burdens down Asian American students who have to fight against the 'model minority myth,' " said a statement issued by The Asian and Pacific Islander American Scholarship Fund. "[It's] a misleading falsehood that deems them to be well-educated and financially successful."

Today, the contrast is striking: "They are the most likely of any major racial or ethnic group in America to live in mixed neighbourhoods and marry across racial lines," the Pew study states.

The iconic wedding of Priscilla Chan to Facebook founder Mark Zuckerberg reflects a larger trend. Thirty-seven per cent of Asian-American brides married a non-Asian groom. Half of Asian Americans say they would be "very comfortable" if their child married someone who was not Asian.

There is variance among the group: Japanese have the highest rate of intermarriage and Indians have the lowest.

But regardless of the fact that Asian Americans tend to socialize well outside of their demographic group, many continue to feel separate from other Americans. Tellingly, this breaks down along generational lines.

"Among U.S.-born Asian Americans, about two-thirds (65 per cent) say they feel like 'a typical American.' Among immigrants, just 30 per cent say the same, and this figure falls to 22 per cent among immigrants who have arrived since 2000," the study states.

Still, most of those surveyed said being Asian American does not represent an obstacle to achieving life's major milestones, such as getting into college or landing a job. More Asian Americans, in fact, say they are satisfied with their lives than the general population of the United States. 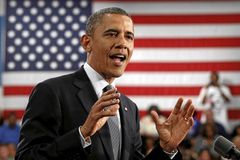