An aggravated bribery trial involving a Bombardier Inc. employee that began on Tuesday is not just about 37-year-old Evgeny Pavlov, but about the culture and behaviour of the company he worked for, Sweden's top anti-corruption prosecutor says.

Mr. Pavlov pleaded innocent as the prosecution rolled out a case that alleges collusion with officials in Azerbaijan, and side payments to a mysterious company controlled by associates of former Russian Railways boss Vladimir Yakunin.

Mr. Pavlov's lawyer, Peter Lindqvist, said his client "claims no responsibility" in the case, and asked why Sweden's National Anti-Corruption Unit had not named Mr. Pavlov's alleged co-conspirators in the alleged bribery scheme.

"Because there are so many of them," replied Thomas Forsberg, the senior prosecutor at Sweden's National Anti-Corruption Unit.

Although only Mr. Pavlov has been charged, the prosecution has named six employees of Bombardier Transportation Sweden as suspects, including Mr. Pavlov and his boss Peter Cedervall, the president of the company's Stockholm-based Rail Control Solutions division.

Mr. Forsberg said Mr. Pavlov – who faces up to six years in jail if found guilty – had "offered and promised, and also given, bribes to an official of the Azerbaijan Railways authority" while helping a Bombardier-led consortium win a 2013 contract to install rail-signalling systems in the former Soviet Republic. Mr. Pavlov was head of business development at Bombardier's Moscow office when the contract was signed. He later moved to Stockholm and the company's Rail Control Solutions unit as head of sales for Region North.

The Azerbaijan contract was worth $340-million (U.S), 85 per cent of which was provided by the World Bank, which is conducting an audit into the awarding of the Azerbaijan deal.

That could lead to wider problems for one of Canada's flagship companies.

If Bombardier is found to have won the contract via collusion or corruption, it would be banned from competing for future projects funded by the World Bank, which subsidizes much of the infrastructure construction in the developing world. On Friday, Bombardier rejected the National Anti-Corruption Unit's allegations in an e-mail to The Globe and Mail.

"Bombardier denies any allegations that it acted improperly," company spokesman Simon Letendre wrote. "We take these allegations very seriously as they assert conduct that does not reflect our values or the high standards we set for ourselves. We are carefully reviewing the legal filings and support a complete accounting of all the facts and circumstances surrounding this project. As the legal proceedings are ongoing, we cannot and will not comment any further at this stage."

Swedish police arrested Mr. Pavlov – a 37-year-old citizen of Russia – in March out of concern he might try to flee the country. The broader investigation into the activities of employees of Bombardier Transportation Sweden is continuing.

"He [Mr. Pavlov] is one among others from Bombardier," Mr. Forsberg told The Globe outside Stockholm's main courthouse. "It's Bombardier's money he's dealing with, not his own. It's not from his own pocket, so to say. He's definitely the main person on this contract. … [But] the bribes are paid from Bombardier."

The prosecution intends to summon at least six current or former employees of Bombardier's Stockholm office to testify against Mr. Pavlov, including several who can be seen in company e-mails that will be used as evidence attempting to question some of the company's practices and partners in the former Soviet Union.

Another expected witness is Petr Zatecky, director of commercial exports at AZD Praha, a Czech company that complained to the World Bank after losing out on the Azerbaijan contract despite having the lowest bid.

Swedish police raided Bombardier's Stockholm office last fall and wiretapped telephone traffic for six months. Among the evidence that will be heard at Mr. Pavlov's trial, which is expected to last about a month, are police recordings of conversations between Bombardier executives in Stockholm, Montreal, Berlin and Moscow.

"This is very hot, Peter … very, very, very hot," Laurent Troger, the president of Bombardier Transportation and one of the most senior executives in the company, said in a March 11 phone call with Mr. Cedervall shortly after Swedish police detained Mr. Cedervall and searched his home.

Mr. Cedervall has been released. He and Mr. Pavlov have been suspended by Bombardier pending an internal review.

Also included in the evidence is an interim report by the World Bank's anti-fraud division into the awarding of the Azerbaijan contract. It identifies five Bombardier employees, including Mr. Pavlov, Mr. Cedervall and Konstantin Khromushkin – the head of Bombardier's Moscow representative office – as "directly involved in the collusive and corrupt arrangements" during the bidding for the Azerbaijan contract.

A consortium made up of the Swedish and Russian arms of Bombardier Transportation, along with a local partner called Trans-Signal-Rabita, got the contract despite having the fifth-lowest of eight bids.

The case against Mr. Pavlov focuses heavily on the creation of Trans-Signal-Rabita, a company that seemed to emerge from nowhere to become a key player in the deal.

One of the documents entered as prosecution evidence is a screenshot of a Google query showing the search engine turned up no results for "Trans-Signal-Rabita" before 2013. It does appear to exist – World Bank auditors visited the company's listed address last summer and photographed a near-empty warehouse.

The director of the company is Rafiq Gulmaliyev, a former Azerbaijan Railways official who exchanged e-mails about the World Bank contract – and Bombardier's chances of winning it – with Mr. Pavlov before the formal tendering of the bid.

In other e-mails, Mr. Gulmaliyev appears to refer to himself as far back as 2011 already working for Trans-Signal-Rabita, although he was at the time still employed by Azerbaijan Railways. In one, he boasts that he can influence the decisions of Qurban Nazirov, then Azerbaijan's deputy railways minister.

The prosecution alleges that Trans-Signal-Rabita was created for the purpose of winning the 2013 bid, in collusion with Azerbaijan Railways officials. Internal Bombardier documents Swedish police seized last fall refer to Trans-Signal-Rabita as a company that was chosen for the project by two Russians referred to simply as "The Partners" throughout the evidence.

The Partners are identified in the Bombardier correspondence as Alexey Krapivin and Yuriy Obodovskiy, two Russian businessmen with close ties to Mr. Yakunin, the former Russian Railways boss who was also a long-time confidante of Russian President Vladimir Putin.

That closeness to Mr. Putin made Mr. Yakunin one of the first individuals sanctioned by the United States after Russia annexed the Crimean Peninsula from Ukraine in 2014. Canada has never sanctioned Mr. Yakunin; Bombardier has said it lobbied the federal government to keep his name off Canada's sanctions list.

Mr. Yakunin resigned from Russian Railways in 2015 amid allegations of massive corruption.

In an April, 2011, internal document about the Azerbaijan project, the unknown author of the brief expresses confidence that The Partners will ensure Bombardier wins the bid.

"Russian partners through the proved Azerbaijanian [sic] contact will indicate the winning Azerbaijanian company and we will submit technical and commercial proposal to this company," it reads.

The next bullet point reads: "Chain of contracts/deliveries should go through the partner's company – Multiserv."

Multiserv Overseas was the subject of a major Globe investigation last year that found the company – which import records show was involved in more than 125 Bombardier transactions into Russia – to be a middleman with no apparent business purpose. The company has a London mailing address, a director living in Cyprus and a changing ownership structure involving other shell companies in the Seychelles, Panama and Belize.

At a pretrial hearing, prosecutors introduced documents showing that Bombardier Transportation Sweden sold signalling equipment to Multiserv Overseas for $20-million before the shell company sold the same systems to Trans-Signal-Rabita for $104-million. Prosecutors believe at least some of the $84-million gap went to pay off Azerbaijani officials to win the contract.

"Multiserv takes one-third of all money from this contract," Mr. Forsberg said. "And they do not have an office; we can't find any people working for that company."

Bombardier has refused to answer questions about the ownership of Multiserv Overseas. However, in a phone conversation recorded by Swedish police, Mr. Cedervall acknowledged Multiserv Overseas was controlled by Mr. Krapivin. British records show the company was founded in 2010 by Mr. Obodovskiy.

Other Bombardier documents entered as evidence in the Stockholm court show companies connected with Mr. Krapivin and Mr. Obodovskiy are involved in Bombardier projects in Russia, Kazakhstan, Turkmenistan and Mongolia, in addition to Azerbaijan.

Bombardier lawyers fought for more than a week to have the courtroom closed to media while the company's internal correspondence was discussed, and on Tuesday they tried again.

Judge Manne Pavon agreed that some of the 3,163 pages filed by the National Anti-Corruption Bureau contained Bombardier corporate secrets that should not be discussed with media present. But he dismissed the motion to move the trial behind closed doors.

Wearing a blue shirt open at the collar, Mr. Pavlov was brought to and from the courtroom in handcuffs. He sat behind a long wooden desk beside three defence lawyers, listening with his chin in his hand as the evidence was translated into Russian for him.

"It was his signature that made these transactions happen," Mr. Forsberg said of Mr. Pavlov. 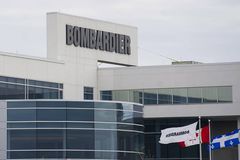 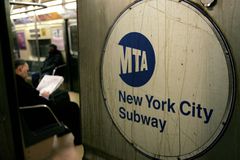