Television cameras rolled when Hillary Clinton appeared on the central balcony of the New York Stock Exchange to ring the opening bell — just minutes after she attended a private breakfast in September 2009 with influential Wall Street and business leaders.

But the identities of her breakfast guests would be left off of her official State Department calendar — omissions that are among scores of names and events missing from Clinton's historical record of her daily activities as secretary of state, an Associated Press review found.

Now the presumptive Democratic presidential nominee, Clinton met that morning with a dozen chief executives, most of whose firms had lobbied the government and donated to her family's global charity, the Clinton Foundation. The event was closed to the press and merited only a brief mention in her official calendar, which omitted the names of all her guests — among them Blackstone Group Chairman Steven Schwarzman, PepsiCo CEO Indra Nooyi and then-New York Bank of Mellon CEO Robert Kelly.

The AP review of Clinton's calendar — her after-the-fact, official chronology of the events of her four-year term — identified at least 75 meetings with longtime political donors and loyalists, Clinton Foundation contributors and corporate and other outside interests that were either not recorded or listed with identifying details scrubbed. The AP found the omissions by comparing the 1,500-page document with separate planning schedules supplied to Clinton by aides in advance of each day's events. The names of at least 114 outsiders who met with Clinton were missing from her calendar, the records show.

The missing entries raise new questions about how Clinton and her inner circle handled government records documenting her State Department tenure — in this case, why the official chronology of her four-year term does not closely mirror other more detailed records of her daily meetings. At a time when Clinton's private email system is under scrutiny by an FBI criminal investigation, the calendar omissions reinforce concerns that she sought to eliminate the "risk of the personal being accessible" — as she wrote in an email exchange that she failed to turn over to the government but was subsequently uncovered elsewhere.

No known federal laws were violated and some omissions could be blamed on Clinton's highly fluid schedule, which sometimes forced late cancellations. But only seven meetings in Clinton's planning schedules were replaced by substitute events on her official calendar. More than 60 other events listed in Clinton's planners were omitted entirely in her calendar, tersely noted or described only as "private meetings" — all without naming those who met with her.

Clinton campaign spokesman Nick Merrill said Thursday night that the multiple discrepancies between her State Department calendar and her planning schedules "simply reflect a more detailed version in one version as compared to another, all maintained by her staff."

Merrill said that Clinton "has always made an effort to be transparent since entering public life, whether it be the release of over 30 years of tax returns, years of financial disclosure forms, or asking that 55,000 pages of work emails from her time of secretary of state be turned over to the public."

The AP first sought Clinton's calendar and schedules from the State Department in August 2013, but the agency would not acknowledge even that it had the material. After nearly two years of delay, the AP sued the State Department in March 2015. The department agreed in a court filing last August to turn over Clinton's calendar, and provided the documents in November. After noticing discrepancies between Clinton's calendar and some schedules, the AP pressed in court for all of Clinton's planning material. The U.S. has released about one-third of those planners to the AP, so far.

The documents obtained by the AP do not show who specifically logged entries in Clinton's calendar or who edited the material. Clinton's emails and other records show that she and two close aides, deputy chief of staff Huma Abedin and scheduling assistant Lona J. Valmoro, held weekly meetings and emailed almost every day about Clinton's plans. According to the recent inspector general's audit and a court declaration made last December by the State Department's acting executive secretary, Clinton's aides had access to her calendar through a government Microsoft Outlook account. Both Abedin and Valmoro were political appointees at the State Department and are now aides in her presidential campaign.

Unlike Clinton's planning schedules, which were sent to Clinton each morning, her calendar was edited after each event, the AP's review showed. Some calendar entries were accompanied by Valmoro emails — indicating she may have added those entries. Every meeting entry also included both the planned time of the event and the actual time — showing that Clinton's calendar was being used to document each meeting after it ended.

Former senior State Department logistics officials and government records experts interviewed by the AP said that secretaries of state have wide latitude in keeping their schedules — despite federal laws and agency rules overseeing the archiving of calendars and warning against altering or deleting records. Omissions in Clinton's calendar could undermine the document's historical accuracy, particularly its depictions of Clinton's access to political, corporate and other influences, experts said.

"It's clear that any outside influence needs to be clearly identified in some way to at least guarantee transparency. That didn't happen," said Danielle Brian, executive director of the Project on Government Oversight, a nonpartisan government reform group. "These discrepancies are striking because of her possible interest at the time in running for the presidency."

As she opened the day's trading session, Clinton cited Wall Street's resurgence after the 2008 recession. "Coming back as secretary of state after all that we've done in the last year to try to pull ourselves out of this economic downturn is very exciting," she said.

Details about Clinton's private conversation with her corporate guests were not included in her records. Four of the attendees — Schwarzman, Nooyi, Cote and Kullman — headed companies that later donated to Clinton's pet diplomatic project of that period, the U.S. pavilion at the 2010 Shanghai Expo. All the firms represented except Coach lobbied the government in 2009; Blackstone, Honeywell, Omnicom and DuPont lobbied the State Department that year. Schwarzman and Frankfort have personally donated to the Clinton Foundation, and the other firms — except for American Tower and New York Bank of Mellon — also contributed to the Clinton charity.

P.J. Crowley, a State Department spokesman for Clinton at the time, told the AP that Clinton's vision of "21st century statecraft" included exchanging views with corporate leaders and promoting public-private partnerships. "That was certainly reflected in her day-to-day schedule, her travel and her global outreach," Crowley said.

Clinton's calendar listed meetings with 124 business leaders and political donors and loyalists, but not with 114 others who were identified by the AP's review. In some cases, repeat Clinton visitors were listed for some meetings, but not for others.

Four meetings with S. Daniel Abraham, a multimillionaire who founded the Center for Mideast Peace, were noted in Clinton's calendar. But in four other sessions — including two listed only as "private meeting" — Abraham's name was omitted. Abraham, a prolific fundraiser for Clinton's 2008 campaign who has donated $3 million to a super PAC backing Clinton in 2016, told the AP last year that he and Clinton typically discussed Mideast policy.

"The fact that some information was not captured isn't necessarily a sign of bad faith," said Steven Aftergood, a government records expert at the Federation of American Scientists. He added, "It's obviously more important to have a complete record than a scattershot one." 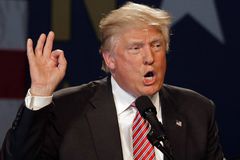