Cuba's top diplomat insisted Tuesday that his government had nothing to do with unexplained health "attacks" on U.S. diplomats, telling Secretary of State Rex Tillerson that Cuba still has no evidence to explain what transpired in Havana. Tillerson emphasized that it's Cuba's responsibility to protect diplomats on its soil, regardless of who is to blame.

The former Cold War foes appeared no closer to resolving the bizarre, frightening health crisis after a hastily arranged meeting between Tillerson and visiting Cuban Foreign Minister Bruno Rodriguez. Cuba requested the meeting as the U.S. considers shuttering the newly re-opened U.S. Embassy in Havana, a response that would deal a devastating blow to the delicate rapprochement between the countries.

The meeting between Tillerson and Rodriguez marked the highest-level diplomatic contact between the countries since the start of President Donald Trump's administration in January. It comes as the re-engagement, started under President Barack Obama, is being jeopardized by mounting alarm over the unexplained incidents that have harmed at least 21 Americans — some with ailments as serious as traumatic brain injury.

The Cuban Embassy in Washington, describing the evening meeting, said Rodriguez told Tillerson that Cuba "has never perpetrated nor will it ever perpetrate attacks of any kind against diplomats." Rodriguez added that his government also would never let a third party — such as another country hostile to the U.S. — use Cuban territory to attack Americans.

"He stated that according to the preliminary results obtained by the Cuban authorities in their investigations, which have borne in mind the information given by the U.S. authorities, there is no evidence so far of the cause or the origin of the health disorders reported by the U.S. diplomats," Cuba's embassy said in a statement.

Tillerson, for his part, told the visiting Cuban that the U.S. still has "profound concern" for the safety and security of its diplomats in Havana. After all, the U.S. has detected incidents as recently as late August that led to medically confirmed cases of injury, the U.S. has said.

"The secretary conveyed the gravity of the situation and underscored the Cuban authorities' obligations to protect embassy staff and their families under the Vienna Convention," State Department spokeswoman Heather Nauert said. The Vienna Convention refers to international law that governs how host countries must treat foreign envoys.

Neither country, in their descriptions of the meeting, offered any details about what the U.S. response might entail. Yet Rodriguez told Tillerson that "it would be regrettable that a matter of this nature is politicized," reviving an argument Rodriguez made last week before the United Nations General Assembly.

And Rodriguez argued that the U.S. acted inappropriately in May by kicking out two Cuban diplomats posted in Washington. The State Department has said it took that action to protest Havana's apparent failure to protect American diplomats in Cuba, not because the U.S. believed Castro's government was behind the attacks.

The ongoing U.S. deliberations about possibly shuttering its embassy, confirmed by Tillerson last week, constitute the most striking example of how the incidents are weighing on the U.S.-Cuba relationship. The U.S. and Cuba re-opened embassies in Havana and Washington in 2015 after Castro and Obama reached a historic agreement to resume diplomatic relations after a half-century of enmity.

The Trump administration has also considered smaller-scale steps such as withdrawing all nonessential personnel from Havana, leaving the embassy technically open but unable to perform its full range of functions unless and until the health concerns are resolved, U.S. officials have said.

For months after U.S. diplomats started falling ill in Havana, the U.S. and Cuba sought to prevent the issue from becoming an overriding irritant in the relationship. Neither country disclosed publicly that the incidents were occurring, even after Washington in May expelled the two Cuban diplomats.

Deputy Secretary of State John Sullivan told Congress on Tuesday that it was a reasonable suspicion that Cuban authorities either were involved in the incidents or at least knew they were occurring. Cuba keeps tight surveillance on American diplomats in the country and would be likely to know if something significant were happening to them.

But Sullivan acknowledged that with so much unknown, even that assumption is less than certain, and added, "As a U.S. government official, I don't know that."

Yet while the U.S. has avoided blaming Cuba directly for the incidents, the growing public outrage has forced both countries to adopt a tougher tone. Several U.S. lawmakers have called on the Trump administration to expel all Cuban diplomats from Washington.

At least 21 U.S. diplomats and their families have suffered a variety of physical symptoms since late last year as a result of what Tillerson has described as "health attacks." Some have been diagnosed with mild brain injury and permanent hearing loss. U.S. investigators have pursued the possibility the attacks were carried out with some sort of sonic device but have been unable to determine the cause or a culprit.

The U.S. cases involve diplomats and their families, some who have permanent hearing loss or concussions. Others suffered nausea, headaches and ear-ringing. Some are struggling with concentration or common word recall, The Associated Press has reported.

The U.S. has said the tally of Americans affected could grow as more cases are potentially detected. 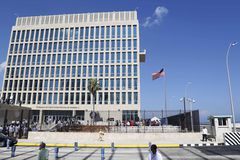 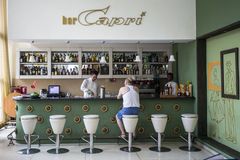 Diplomats in Cuba suffered brain injuries, nerve damage: report
Report an error
Due to technical reasons, we have temporarily removed commenting from our articles. We hope to have this fixed soon. Thank you for your patience. If you are looking to give feedback on our new site, please send it along to feedback@globeandmail.com. If you want to write a letter to the editor, please forward to letters@globeandmail.com.
Comments