Something rather remarkable is happening in Myanmar. After decades of grim military rule gave way to a period of halting reforms and heightened ethnic tensions, the country managed to pull off a relatively free and fair election – and is now boldly pushing forward into the boisterous, complicated realities of democratic politics.

The revered pro-democracy leader Aung San Suu Kyi scored an overwhelming electoral victory late last year. And now, after years spent under house arrest, "The Lady" is now unofficially the leader in a hopeful new government and an extremely youthful parliament, where MPs are now experimenting with real democratic debate for the first time in more than 50 years.

On Thursday, Ms. Suu Kyi appointed Htin Kyaw, a long-time confidante and member of her National League for Democracy (NLD), as her candidate for Myanmar's head of state, who will be confirmed on April 1. She can't take the role herself, since the military-controlled government tweaked the constitution to bar her (and others with children holding foreign passports) from assuming that office.

The president's identity, though, hardly matters. Ms. Suu Kyi has already made it clear she will control the legislative agenda from behind the scenes, which is what her party was elected to do. But her election, although hopeful and transformational in a broader sense, does not change the fact that her country is beset by serious problems.

The state, despite ceasefire agreements, is engaged in vicious conflicts with armed ethnic groups. There has been a rapacious extraction of natural resources, from minerals to jade and teak, that flows illicitly through cronies and across the border to China. Prolific poppy-growing and opium production is second only to Afghanistan. The judiciary is untrustworthy. There is little infrastructure.

To be sure, visitors to Rangoon are confronted by a bustling emerging market. Gross domestic product growth is around 8 per cent. Rangoon is humming with non-governmental organizations, fancy restaurants, cafés and air-conditioned malls. The last semi-civilian government of Thein Sein, which took over from the military in 2011 and began a process of democratic reforms – and led to Canada's establishment of an embassy there in 2013 – has helped smooth the transition to outright democracy. The media are now freer than it was under the military. Civil society groups are flourishing. Most people now have cellphones.

But much of the country is rural and poor. And even the transition under the last government uncaged ethnic hatreds between the majority Buddhists – particularly extremist monks – and poor Muslims, such as the Rohingya, whose disenfranchisement during the voting process was one of the only major disappointments of the election.

There is very little time to celebrate Myanmar's hard-won democracy. The really hard work begins now, and few know that more than Ms. Suu Kyi, who has waited decades for this moment. In a January speech, she pledged that her first order of business would be to make peace with Myanmar's various ethnic groups.

But how quickly will things begin to change? Mark McDowell, Canada's ambassador to Myanmar, is cautiously optimistic. "Since the election has taken place, the signs have all been good," he said in a recent interview.

The parliament has proved vibrant, he said, and Ms. Suu Kyi has tried hard not to alienate the military – which, for its part, has been relatively gracious in defeat. He said Myanmar remains interested in learning about Canadian federalism as a way to solve its ethnic disputes. But the monumental problems remain.

Mr. McDowell, although hopeful that the worst of the anti-Muslim violence is over, sees no hope of a "dramatic breakthrough" on the Rohingya issue, at least in part because democracy can make things tricky for minorities (many were disappointed that Ms. Suu Kyi barely addressed the issue, and avoided it during the election). And there is also Myanmar's weak ministries and institutions.

"It's going to be interesting to see how far down she replaces people," Mr. McDowell says. "The ministries don't have a lot of [power], though. And that's not going to suddenly change because it's a democratic system."

Why Myanmar needs a leader, not an icon Subscriber content
March 22, 2018 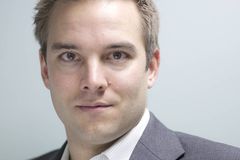