Every so often a presidential candidate comes along with an aura of destiny.

This time, it’s the 46-year-old Texan Beto O’Rourke. He has just announced his bid for the Democratic nomination. He speaks of this being “a defining moment of truth” for the United States. "The interconnected crisis in our economy, our democracy, and our climate have never been greater.”

He says he feels “it,” feels that he’s the one to meet the challenge even though his only claim to fame is in losing a Senate race last year to Ted Cruz. Prior to that, he was a three-term Congressman who didn’t make much of a mark.

But his audacity in feeling it may amount to more than delusions of grandeur. Republicans fear him. They’ve already put out an attack ad likening him to a white Barack Obama. Other Democratic contenders for the nomination fear him as well.

He’s the one in the large field who can catch a wave. He is already on the cover of Vanity Fair, looking cool, Kennedy cool. In being narrowly defeated by Mr. Cruz, he somehow rose to national prominence. He created something invaluable for a candidate. He created a mystique.

No one else in the Democratic field has it. Joe Biden, who is dropping hints that he is soon to enter the race, leads the polls. But he is as shopworn as Hillary Clinton. The novelty, the freshness of Beto O’Rourke will make him look it all the more so.

Beto O’Rourke and more: These are the candidates vying for the 2020 Democratic presidential nomination

Why the Beto mystique? Likely a combination of many things. Top of the list is that he is so unprogrammed. He goes on road trips of self-discovery into rural America. He doesn’t claim to have the answers.

Being from Texas is perfect. The Democrats have become a coastal party. They have to get away from that. Being the lone star from the Lone Star State does that.

He’s a young 46, the right age, with cross-generational appeal.

Democrats often tend to pick nominees of his age group whose backgrounds are modest but who exude promise. Jimmy Carter was a little-known former Georgia governor with a beaming smile. There was Michael Dukakis who governed Massachusetts and Bill Clinton who ran Arkansas. Barack Obama, a one-term senator, lit up dreams.

They were all, save Mr. Obama, middle-aged white guys. Today, that’s a big concern with Mr. O’Rourke. The party is all about diversity. Alexandria Ocasio-Cortez, the 29-year-old voice of new-generation Democrats, tells followers “you’re only seeing white dudes running the world.” The sad consequence, she adds, is that “you think you need to act like a white dude to run the world.”

Because Democrats are seen as having gone overboard on identity politics, the white dude rap might not hurt Mr. O’Rourke so much. Other drawbacks he faces are that he has only a skeletal campaign organization, he wasn’t much of debater against the formidable Mr. Cruz, he has background controversies such as a drunk driving charge and he is vague on a lot of issues.

The latter may help him, there being that big divide between moderates and leftists in the party. Mr. O’Rourke is not seen as anchored in either camp. He could be the bridge candidate.

In Congress, he got the moderate image by supporting several Republican initiatives. He never joined the Congressional Progressive Caucus. He tried to come across as an independent. But he tilts left on many issues. On immigration. instead of supporting a wall, he wants existing barriers torn down. He sounds supportive of the radical Green New Deal, he is in favour of marijuana legalization and is a strong advocate of gun control. He strongly supported NFL players who did not stand for the national anthem to protest police brutality against minorities. He wants Donald Trump impeached.

Of his identity, he wants to avoid categorization, sees it as being healthy that he doesn't have all the answers. “I don't care where I am on the spectrum and almost could care less.”

He speaks of being a positive force, not just a Donald Trump basher. “I just don’t get turned on by being against,” he told Vanity Fair.

As part of his mystique, Beto O’Rourke must invoke hope and optimism to have people to have people believe he is a candidate of transformation. That’s the way you catch a wave and he is better positioned than any other Democratic contender to do so. 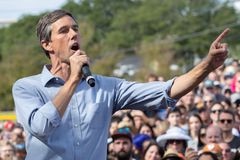 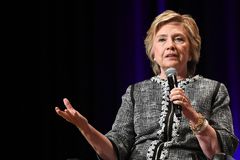 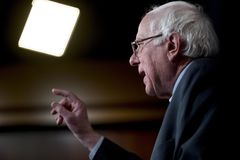