The 7.1-magnitude earthquake that struck Southern California last week was the most powerful to hit the region in 20 years. The event came a day after a 6.4 quake shook the same area, with that quake now considered to be a foreshock of the more powerful Friday temblor.

The 6.4 itself came the day after a 6.2 rocked the ocean floor near Haida Gwaii, a string of islands located about 50 kilometres off the central coast of British Columbia.

Attempting to connect dots that weren’t really there, many asked whether the July 3 Haida Gwaii quakes were related to the California events. Seismologists quickly quashed any connection, pointing out that the B.C. quakes were undersea while the California quakes were inland, and that the events were just too far apart to be associated with each other.

Initially reported as a 7.1 by the U.S. Geological Survey (USGS), Friday’s quake was downgraded to a 6.9, then quickly bumped back up to a 7.1. This proved to be quite uncommon. While it is very normal for a quake’s magnitude to be adjusted downward in the hours or days after an event, it is exceedingly rare for an event to be downgraded then quickly restored to its original magnitude.

One of the overriding lessons coming out of the pair of California temblors is that no matter how much recognition there is that an area is prone to earthquakes – and no matter how prepared one thinks one is – there is always some level of surprise when an event strikes.

Such damage, of course, doesn’t have to happen.

But this is what happens when an active zone hasn’t been hit by a major earthquake for at least two decades. Even Japan, the most quake-prepared country in the world, gets caught off guard from time to time.

Greater challenges, of course, come when an area hasn’t been hit by a large, damaging quake for even longer. In the case of the Queen Charlotte Fault off Haida Gwaii, large quakes hit in 1949, 1970 and 2013. However, none of these caused significant property damage, due to the remoteness of affected areas. These were quickly forgotten.

But even with significant time lapses between major quakes, awareness of the hazard is quite good in B.C. As such, take-up of earthquake insurance is close to 50 per cent among at-risk households (it is only about 13 per cent in California) and people living in coastal tsunami-risk zones have good knowledge of both the risk and what to do should a tsunami warning be issued.

Unfortunately, the same can’t be said in the east, with poor overall recognition of the risk that exists in Ottawa/St. Lawrence Valley communities (70 per cent of Quebeckers live in a seismic risk zone), and take-up of earthquake insurance in the low single digits.

Fortunately, many in B.C. have apparently learned key lessons from events in California (San Francisco, 1989; Landers, 1992, Northridge, 1994; Hector Mines, 1999) and Washington State (Nisqually, 2001), understanding that similar events are possible in B.C. and that they need not be personally experienced in order to learn from them.

In Eastern Canada, it appears to be more a problem with lack of experience than poor memory. And those in high-risk areas do not have a nearby proxy that has had bad experiences from which they can learn.

For those in places such as Ottawa, Montreal and Quebec, they understand that they don’t share the same risk as in B.C. (the largest eastern Canadian earthquake, the 1663 Charlevoix event, has been estimated as a magnitude 7) and don’t get big enough quakes to wake them out of their complacency.

It has just been too long since the last big event to ensure that the danger is indelibly tattooed on the brains of those in the east most at risk, spurring them to action.

Thus, for easterners, earthquake awareness and preparedness is not part of the culture as it is in B.C. This is not to say that B.C. is ready for a Big One – it isn’t. But it has at least recognized that it has a problem, an important first step.

Those in the east, on the other hand, are largely still in denial.

Californians preparing for next big jolt after recent quakes
July 7, 2019 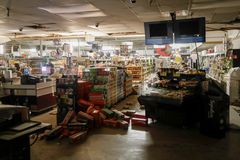 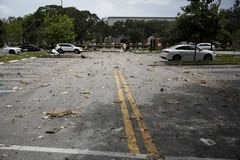