Scott Reid is a political analyst and principal at Feschuk.Reid and served as director of communications to prime minister Paul Martin.

Why? Because Mr. Ford believes he can win the federal election that will then follow – the one that will come once he replaces a vanquished Andrew Scheer, after the Conservatives stampede to Queen’s Park to beg the big loud Premier of Canada’s largest province to take the reins as federal leader.

I know what you’re thinking: But that’s nuts!

Proof of that already stares us in the face. Over the course of the past few months, Mr. Trudeau has steadily resuscitated the Liberal Party’s fortunes from the winter despair of the SNC-Lavalin catastrophe. In mid-March polling, the Liberals suffered a roughly seven-to-10-point deficit. Today, they stand statistically tied with Mr. Scheer’s Conservatives in most public-opinion polls. Some even show the Liberals regaining a slight lead.

That resurrection has been fuelled largely by an uptick in Ontario, where Mr. Ford’s own unpopularity has similarly surged over the past few months. Obviously, other events have played a part. But for evidence of how dominant the Ford factor has become, consider that the Liberals are now peppering Facebook with ads that link Mr. Ford and Mr. Scheer, just as Mr. Scheer himself would suddenly rather fall down a well than be photographed with Ontario’s Premier.

This is all by design. By continuing to run a self-sabotaging, incoherent government, Mr. Ford is handing Mr. Trudeau the boost he requires to defeat Mr. Scheer so that, in turn, Mr. Ford’s own path to the federal leadership is swept clear.

It’s truly next-level thinking: a populist politician willing to embrace unpopularity so thoroughly that it rewards his most visible opponent because, naturally, that’s the way to win power away from that opponent approximately two to five years from now.

You can probably spot the flaw in this strategy. But don’t be so sure Mr. Ford does.

First of all, the Premier appears unwilling to accept the objective evidence of his own unpopularity. As with U.S. President Donald Trump, Mr. Ford lives in a world where his public is defined differently – in narrow and self-justifying terms.

Just this week, he dismissed polls reporting on his disapproval, insisting that he will continue to govern by gut – believing that sycophants, blind partisans and servile tabloid cheerleaders more truly represent the pulse of the people. To the degree to which he’s willing to concede any challenge, he now handily blames his deposed chief of staff Dean French, a man who behaved with such mysterious treachery that Mr. Ford now seeks our sympathy for the deep betrayal his government suffered at his own employee’s hand.

Even more fundamental is Mr. Ford’s belief in his own manifest destiny. He has long insisted that he presides over the most powerful political brand in the country. And on that count, he may not be wrong. If there’s a more dedicated and deployable cluster of political support in Canada today than Ford Nation, it’s not immediately apparent. Don’t doubt that Mr. Ford wants to put that asset to further benefit.

Following the Ontario victory last summer, Ford family friend Don Cherry predicted his pal would soon wind up as prime minister. The rumours grew so loud that, eventually, Mr. Ford was forced to publicly discount the idea that he wanted to move to the federal scene. Smoke, meet fire.

The clearest evidence of Mr. Ford’s plan lies not in what he says, but in what he does. If he truly hoped to help the current crop of federal Conservatives and halt Mr. Trudeau’s re-election, Mr. Ford would make the grand sacrifice of simply not being himself for a few months. Instead of interrupting the summer recess with weekly outbursts of bellicosity and controversy – firing his own government’s appointees and fighting with the parents of autistic children – he would just go silent. By governing for a short while with competence, skill and quietude, he could rob the Liberals of Premier Bogeyman.

But Mr. Ford is both incapable and unwilling to do any of that. As a consequence, his behaviour can be reliably expected to remain unchanged, almost certainly helping the federal Liberals and undermining his federal cousins.

Make no mistake, Mr. Ford wants to be prime minister. If that means continuing to be terrible at his job, running a shabby government and helping Mr. Trudeau to win re-election, so be it. It’s all part of the plan. Does our system for dealing with mentally ill offenders need a rethink?
July 28, 2019 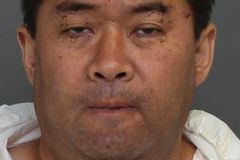 Opinion
The public service should reflect the full diversity of our community
July 23, 2019 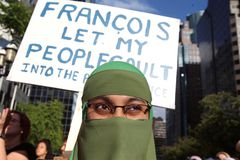