Earlier this year the Canadian government released new Community Well-Being (CWB) index numbers based on the 2016 census. It measured a combination of income, employment, housing and education. One piece of good news for First Nations is that their average CWB has continued to increase. Less encouraging, however, is that the gap between First Nations and other Canadian communities, after seeming to narrow a little in the 1990s, widened again and was as great in 2016 as it was in 1981. Least encouraging is that, while some First Nations made rapid cumulative progress from 2001 to 2016, almost 20 per cent of First Nations actually lost ground in that 15-year period.

The First Nations that have been improving rapidly in recent years look very much like the First Nations that had earlier achieved prosperity. They are taking control of their own affairs; utilizing off ramps from the Indian Act, such as imposing their own taxes, joining the Land Management Regime, and borrowing through the First Nations Financial authority; treating land and resources as a source of income; taking advantage of local opportunities to become self-supporting through own-source revenue; and developing accountable governance practices that avoid secrecy and conflict of interest while observing the rule of law.

A common characteristic for First Nations that are losing the most ground is the low level of own-source revenue. In most cases, it is about 20 per cent or less of total revenue in the past year for which audited returns are available. Few are taking steps to escape from the pervasive control of the Indian Act and the Indigenous Affairs bureaucracy.

Remoteness from urban locations is an obvious problem for the group of First Nations with the most seriously declining CWB scores. They are disproportionately in what is known as Zone 4 – no year-round road connection to a service centre. Shoal Lake, which has had the biggest CWB decline, is notorious for having no year-round road connection with Winnipeg, even though it is not that far away. Remoteness, however, cannot be the only factor involved in losing ground, because some First Nations, such as Roseau River in southern Manitoba, whose CWB scores have been declining for the past 15 years, are in relatively favourable locations with good road connections.

One conclusion stands out from the research: Those First Nations that have improved their standard of living have done so through their own efforts at capitalizing on economic opportunities. Government could increase those opportunities by investing in something such as the Northern Corridor concept – a network of roads, railways, pipelines and hydro lines extending across the northern areas of Canada – that would enhance prospects for economic development where many First Nations live. In contrast, scattering cash around through greater fiscal transfers increases dependency but does not create long-term prosperity.

More frankness about CWB scores would also be useful. News releases emphasizing the steady increase of First Nation average scores promote happy talk about progress, but obscure the tragic fact that many First Nations are losing rather than gaining ground.

Finally, government needs to continue what it has already done to some degree – create off ramps from the Indian Act, making it easier for First Nations to improve their own standard of living. Both Ottawa and the western provinces have caught on to the idea of First Nations’ owning pipelines so they can become players in the resource economy, not just suppliers of land and labour. Now, if we can just get those pipelines built. 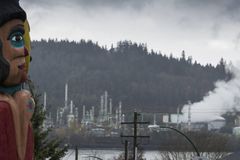 Opinion
Enough with the broken promises. Will Trudeau do better for First Nations this time?
October 25, 2019 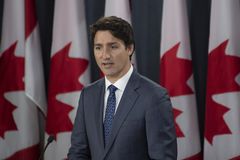 Opinion
How a 20-year-old fishery ruling has redefined First Nations relations in the Maritimes
October 29, 2019 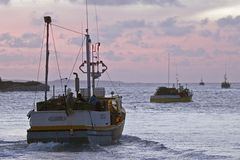