Niall Ferguson is the Milbank Family senior fellow at the Hoover Institution, Stanford

Question: Who said the following? “I believe that all good things taken to an extreme can be self-destructive and that everything must evolve or die. This is now true for capitalism. The income/wealth/opportunity gap is leading to dangerous social and political divisions that threaten our cohesive fabric and capitalism itself.” If there is no reform, “we will have great conflict and some form of revolution.”

No, it was not Vermont senator Bernie Sanders, or Alexandria Ocasio-Cortez (commonly referred to as AOC), from New York’s 14th congressional district. It was Ray Dalio, founder of Bridgewater Associates, the world’s largest hedge fund, which has about US$160-billion of assets under management. Mr. Dalio himself has an estimated net worth of more than US$18-billion. In a recent essay published on LinkedIn, he tore into the system that has made him a billionaire.

You can see why the capitalists are nervous. Last week, Mr. Sanders and AOC joined forces to propose new legislation (the Loan Shark Prevention Act) to “take on Wall Street greed” by capping credit-card interest rates at 15 per cent. AOC also recently endorsed Elizabeth Warren’s proposal to break up the big technology companies. And let’s not forget February’s Green New Deal, with its “10-year national mobilization” plan and its guarantee of “economic security” for people “unable or unwilling to work.”

A favourite question of the political scientists used to be: Why was there no socialism in the United States? The German writer Werner Sombart asked it in 1906. He attributed it to the unpolitical character of the American trade unions; a national culture that revered capitalism and the constitution; the stability of the two-party system; and the American worker’s relatively higher standards of living compared with his European counterpart. “On the reefs of roast beef and apple pie,” Sombart wrote, “socialistic Utopias of every sort are sent to their doom.”

Yet, something is afoot on the American left today. AOC is only the most famous member of Democratic Socialists of America (DSA) to have been elected to the House last year; Michigan congresswoman Rashida Tlaib is also a member. And there are now about 35 DSA members in state legislatures. More striking is the polling data. A Gallup poll last August revealed that only 47 per cent of Democrats viewed capitalism positively, down from 56 per cent in 2016; 57 per cent viewed socialism positively.

The big story here is the growing enthusiasm for socialism among younger Americans. Whereas only 27 per cent of over-65s have a positive view of socialism, according to an Axios poll conducted in January, 61 per cent of those aged 18-24 do.

Of course, it all depends what you mean by “capitalism” and “socialism.” Ask Americans about “small business,” “entrepreneurs” or “free enterprise” and you get 79-per-cent to 92-per-cent approval, according to Gallup. By “capitalism,” they seem to understand something closer to “big business.”

In its original sense, socialism (as the Oxford English Dictionary makes clear) is “a system of social organization based on state or collective ownership and regulation of the means of production, distribution, and exchange for the common benefit of all members of society.” But that is not what young Americans think it means. They appear to associate socialism with government-provided health care and university education. (An ingenuous few think that socialism just means being sociable.)

As AOC put it to CNN’s Anderson Cooper in a recent interview: “What we have in mind and what my policies most closely resemble are what we see in the U.K., in Norway, in Finland, in Sweden.” But just how socialist is Sweden, a country often depicted as utopia by progressive types who have never actually been there? In fact the country comes ninth in the World Economic Forum’s global competitiveness league table; 12th in the World Bank’s ease of doing business rankings; and 19th (out of 186) in the conservative Heritage Foundation’s economic freedom rankings.

Not only do American socialists not know what socialism is, they don’t know where it is, either.

Socialism does still exist around the world in various forms. If you want to see state ownership in action, along with the corruption, inefficiency and poverty that invariably goes with it, I recommend Caracas, Pyongyang or – more picturesque – Havana. Don’t look for it in Europe, where even Social Democratic parties have been hemorrhaging voters since the 1990s.

But if you just want to have a debate about the degree of redistribution you want to effect through the tax and benefits systems, don’t confuse yourself by talking about socialism. The democratic world is all capitalist now. Voters just choose how much they want to mitigate the inequalities inevitably produced by the market. At one end of the spectrum are the Chileans and Mexicans, who do very little redistribution; at the other are the Finns and the Irish, who do quite a lot. Everyone else is somewhere in between.

If Democrats are smart, they will zero in on health care, which their Republican opponents screwed up when they could not muster the votes to repeal and replace Obamacare. If Democrats are not smart, they will allow themselves to be associated with socialism. AOC and her followers may like the sound of that word, but most Americans retain their ancestral allergy to it. A new Monmouth University poll finds that 57 per cent of all Americans think that socialism is simply not compatible with American values.

Yes, a spectre is haunting the United States – the spectre of socialism. That spectre could prove helpful to Donald Trump next year.

The European elections: Why they matter in the age of populism
May 9, 2019 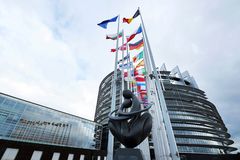 Opinion
Half of young Americans call themselves socialists. But they don’t mean it Subscriber content
April 23, 2019 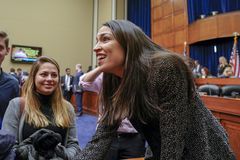 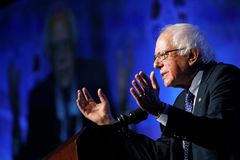