Sandy Simpson is the Chief of Forensics at the Centre for Addiction and Mental Health (CAMH). Stephanie Penney is a research psychologist in the Division of Forensic Psychiatry, CAMH.

A debate is raging south of the border regarding the role of mental illness in extreme acts of violence, with President Donald Trump announcing that the recent Texas church shooting that left 26 people dead was "a mental health problem at the highest level."

While we are fortunate in Canada not to be plagued by the degree of gun violence seen in the United States, the notion that mental illness is responsible for many – if not most – acts of severe violence is still very much present in public and political dialogue. Often, the very nature of the act is accepted as evidence of a mental health problem, since surely an individual of sane mind would not engage in this type of behaviour. And the public policy response has so often been "can't control the guns, so let's control the people with mental illness."

Linked to this issue is public concern about de-institutionalization. Over the past 40 years, large mental hospitals have closed and care has shifted to the community. Has this shift caused more people to be harmed by people with a mental illness? This idea is often put forth when a violent event occurs. In Canada, publicity surrounding rare but high-profile homicides committed by individuals with serious mental illness is a major source of fear and stigma toward these people.

Such high-profile cases have directly influenced law reform, particularly Bill C-14, the Not Criminally Responsible (NCR) Reform Act, which came into force across Canada on July 11, 2014. Two cases featured prominently in this debate – Allan Schoenborn and Vincent Li – were of individuals found NCR on charges of homicide. Are these cases becoming more common? Is the public at heightened risk?

The answer is no. Our team investigated whether homicide associated with mental illness has become more common over recent decades, as mental health services shifted to the community. To do this, we studied all homicides committed in Ontario since 1987, including those resulting in an NCR disposition. Our aim was to provide population-level data to test if homicides committed by seriously mentally ill persons have increased over time, particularly in the face of declining inpatient care and increasing community care. We also wanted to explore the types of psychiatric illness seen in perpetrators and characteristics of their victims.

There were 4,402 homicide offenders recorded from 1987 to 2012. Among these, 163 individuals – or 4 per cent of all offenders – were seriously mentally ill and found NCR. Of these, 83 per cent had a psychotic disorder at the time of the offence. In contrast to declining hospitalization rates, the rate of NCR homicide remained constant at about 6.5 cases per year. In contrast, there was an average of 163 non-NCR homicides per year, with a significant decline observed from 1987 to 2012. There was no relationship between the rate of NCR homicides and rates of psychiatric inpatient hospitalization.

The chance of being killed by a mentally ill stranger is exceedingly rare, based on our study. Our data showed that of the 710 people killed by strangers over this time period, 15 were killed by mentally unwell persons.

Family members were more likely to be victims of NCR-related homicides, while non-NCR homicides more often involved acquaintance and stranger victims. Overall then, the rate of NCR homicides in this province has not changed over the past 25 years. Declining inpatient psychiatric service utilization is not associated with any increase in murder rates.

Rates of homicide in the general population have risen and fallen with no relationship to social policies regarding mental illness. It does appear that substance abuse has become a more common problem for the mentally ill, as it has in society in general.

We concluded, as have others before us, that public fears of the mentally ill greatly exceed the actual risk of violence posed by such persons. A small number of people may pose an increased risk to others, but this risk is a result of acute symptoms that can respond to treatment. Policies of social inclusion, stigma reduction and providing people with care are the most important steps to advance the well-being of individuals with mental illness; this may facilitate an even lower risk of violence to others.

Opinion
American mass shootings: We don’t have to watch
November 9, 2017 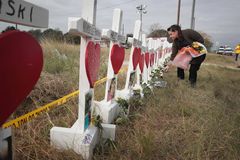 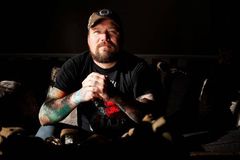 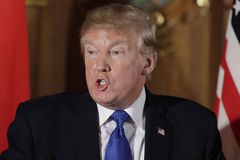