Federal Ethics Commissioner Mario Dion’s inquiry into the SNC-Lavalin scandal concludes that Prime Minister Justin Trudeau tried to influence the course of the criminal prosecution of the company. In so doing, and in addition to raising troubling questions about the impartiality of Canadian justice, Mr. Trudeau breached the Conflict of Interest Act.

The Ethics Commissioner finds that the PM “used his position of authority” over then-attorney-general Jody Wilson-Raybould “to seek to influence her decision” to not intervene in the case against SNC-Lavalin. The company wanted a deferred prosecution agreement, a measure available under a new law. Ms. Wilson-Raybould did not believe the facts of the case warranted such an unprecedented intervention; the PM’s minions, acting in pursuit of their boss’s mandate, repeatedly approached her to suggest she reconsider.

“The actions that sought to further these interests,” Mr. Dion concludes, “were improper since the actions were contrary to the constitutional principles of prosecutorial independence and the rule of law.”

The story, laid out in page after quietly damning page, is not an edifying one. It paints two related portraits of the Trudeau government, neither of which is flattering.

The first is of a government spending a shockingly large amount of its time on one case and one company, marked by streams of meetings with SNC-Lavalin’s exceptionally well-connected executives and lawyers, two of them former Supreme Court justices, while Mr. Trudeau pushed his advisers to remind Ms. Wilson-Raybould that allowing this criminal prosecution to run its course was problematic.

The second impression is of a PM detached from an issue that he had made a priority. Mr. Trudeau told Mr. Dion that, during the many months his team was badgering the attorney-general, he himself “had only one direct communication with Ms. Wilson‑Raybould.”

Mr. Trudeau claimed, implausibly, that he was not trying to influence Ms. Wilson-Raybould, and was not seeking any particular outcome, but merely wanted to better understand her reasoning, to ensure that Canadians and the cabinet would find it persuasive. But if that were all the PM was after, he could have settled this matter in a single cabinet meeting. Questions could have been asked, explanations could have been given and the matter could have been closed.

Instead, what went on was a concerted campaign by Mr. Trudeau’s water carriers to push the attorney-general. “The repeated interventions by the Prime Minister, his most senior ministerial staff and public officials to have the attorney-general find a solution, even in the face of her refusal to intervene in the matter, lead me to conclude that these actions were tantamount to political direction.”

Mr. Trudeau’s legal counsel told Mr. Dion that the PM’s relationship with Ms. Wilson-Raybould “had become challenging and tense.” (The PMO did not respond to questions on the identity of Mr. Trudeau’s lawyer.) Mr. Dion writes that Mr. Trudeau believed “Ms. Wilson-Raybould felt that co-operation or collaboration with Mr. Trudeau’s office and the rest of cabinet was not something that she was required to do or even should do.” In the team sport of government, she was an uncollegial colleague, at least in the PM’s telling.

Even if that’s true, it’s not relevant to the issue at hand.

The decision to intervene in a criminal prosecution, or to let the prosecution run its course, was Ms. Wilson-Raybould’s as attorney-general. Does that mean that it can be said with absolute certainty that she made substantively the right decision? No. Academics will debate that for years to come, and a different attorney-general might have assessed the case and the state of the law differently.

But a different attorney-general wasn’t sitting in the chair; Ms. Wilson-Raybould was. Mr. Trudeau put her there. The decision was hers to make, by virtue of her office.

There are many people who believe that the PM owes Ms. Wilson-Raybould an apology. But in the contact sport of politics, she is not the chief injured party. The offended party is the law. The law, and the Canadian public. They deserve contrition from Mr. Trudeau, a sincere apology, a promise that it will not be repeated and an explanation of how it will be prevented from ever happening again. 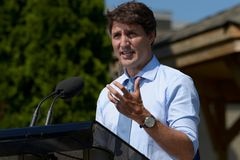 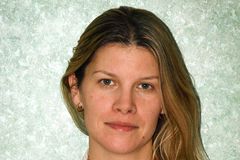 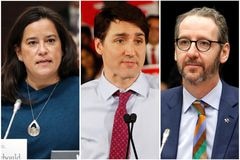