The Liberal Party of Canada’s platform, released on Sunday, is more of the same. No, that’s not quite right. Compared with 2015, it’s a bit less of the same.

The 2019 pitch looks a lot like the successful offering of four years ago – lower taxes for most Canadians, plus more spending on most Canadians. The sequel is, however, somewhat less ambitious, more vague and noticeably more reliant on deficit spending to bridge the gap between new spending and new tax cuts.

The 2015 Liberal platform had three pillars. First, Justin Trudeau’s party promised to cut the second-lowest tax bracket and pay for it by introducing a higher tax bracket for those earning more than $200,000.

Second, the Liberals offered a significantly enhanced Canada Child Benefit program designed to reduce poverty and put extra cash in the pockets of low- and middle-income families with kids.

And third, the Liberals pledged to not balance the budget, instead running modest deficits – though, only for four years, and just to fund infrastructure investment.

The Liberals can claim mission accomplished on Items 1 and 2. That’s a big part of their pitch to voters on Oct. 21.

On Item 3, however, the Liberal government rewrote the script. Out went a pledge to limit the deficit to $10-billion, and out went talk of eventually eliminating it.

The Liberals have moved the goalposts – and most economists would say that’s just fine. Canada is the least indebted federal government in the G7, and the past four years of deficits have been small enough for Ottawa’s already low debt level, as measured by the debt-to-GDP ratio, to fall. A modest deficit has become the new balanced budget.

A deficit that fits that bill is around 1 per cent of the economy. That’s currently just north of $20-billion.

Deficits gave the Liberals the room to spend more, without having to make up the entire difference with higher taxes. The degree to which the Liberals did this is not an economic or fiscal problem, but it’s also not a trick that can be endlessly replicated. Once a modest deficit is entrenched, it can’t grow much more without becoming immodest.

And that may be why the 2019 Liberal platform, Forward: A Real Plan for the Middle Class, reads like a less ambitious remake of 2015’s Real Change: A New Plan for a Strong Middle Class.

The middle-class tax cut of four years ago? Its echo is a promise to raise the so-called basic amount of tax-free income to $15,000. That would benefit low- and middle-income earners and, unlike a Conservative platform cut to the lowest bracket, would not extend to upper-income earners. But it’s still the most costly new item in the Liberal platform, reducing federal revenues by $5.7-billion annually by 2023.

The second-most expensive new initiative is a promise to raise Old Age Security payments by 10 per cent for those older than age 75; this deficit-financed cash for seniors earning less than $123,000 will cost $2.6-billion a year by 2023. We’d suggest the Liberals lower the bill by targeting it at seniors further down the income scale.

As in 2015, the Liberals are promising to raise new money from upper-income earners. Unlike 2015, the details are largely for the future.

The Liberals’ plan for a surtax on sales of luxury cars, boats and private planes worth more than $100,000 has received a lot of coverage, but the estimate is that it won’t raise much more than $600-million a year. There are also vague plans to “crack down on corporate tax loopholes” and “make multinational tech giants pay their share.”

The biggest new source of revenue, $3-billion by 2023, is to come from a “review of government spending and tax expenditures, to ensure that wealthy Canadians do not benefit from unfair tax breaks.” That’s as non-specific as can be.

The Liberals are also promising to push the deficit higher, to the edge of what’s acceptable when aiming for a stable or declining debt-to-GDP ratio.

As a result, one of the party’s signature promises, national pharmacare, remains largely unfunded. In his blueprint for the government, former Ontario health minister Eric Hoskins said full implementation of pharmacare would cost $15.3-billion a year; the Liberal platform says that, as of 2021, Ottawa will be spending just $1.75-billion more a year on pharmacare and other new health initiatives.

That means if the Liberals are re-elected, they’ll have to go slow on pharmacare – or find new revenues, new cuts or new (and currently unavailable) deficit room to pay for it. 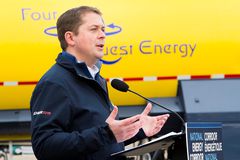 Opinion
What happened to nomination contests for local candidates?
October 9, 2019 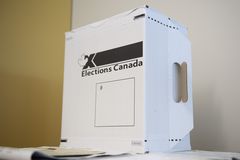 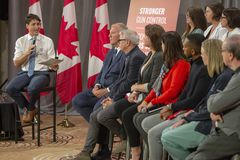