There's a reason the federal Liberals want to include a clause in any rewrite of NAFTA preventing member countries from diminishing environmental safeguards in the name of fuelling investment: It's an area in which they suddenly find themselves politically vulnerable.

The North America free-trade agreement negotiations are beginning at the same time as the federal government is preparing to bring in new rules that would put more restrictions on companies looking to establish resource development opportunities in Canada. Provinces are now bracing for the impact of a national carbon tax that is scheduled to be introduced next year in those jurisdictions currently without one, or the equivalent of. (In Ontario and Quebec, that would be cap-and-trade.)

The stultifying impact these initiatives could have on resource investment has become a conservative rallying cry in the west, with outgoing Saskatchewan Premier Brad Wall leading the charge. Meantime, those running for the leadership of Alberta's United Conservative Party, including former federal Conservative cabinet minister Jason Kenney and former Conservative MP Brian Jean, have been equally withering in their assessment of Ottawa's plans to protect the environment at what they insist will be the cost of the economy.

For subscribers: NAFTA's first round of talks will jump right into Chapter 19

It is a mantra now being echoed in British Columbia, where the new NDP government is attempting to stop the previously approved Kinder Morgan Trans Mountain pipeline expansion. The provincial Liberals, as ideologically conservative a party as you'll find in this country, is propagating the notion that international investors are already putting plans to invest in the province on hold because of the so-called anti-business policies of the new regime.

Which brings us back to the environmental ambitions of Prime Minister Justin Trudeau.

The fact is, his government's environmental agenda is bold and sweeping. Proposed changes include making resource companies consult with Ottawa and Indigenous communities on major projects well in advance of them seeking regulatory authorizations.

This, at the same time as the administration of Donald Trump appears intent on going precisely the opposite way: bulldozing earlier environmental regulations and protocols in the name of accelerating the approval process. That of course would make the United States a more attractive place in which to invest, especially over, say, a country with a more burdensome regulatory structure.

The federal Liberals can see how this is shaping up as well. That is why they hope to seek a concession in the NAFTA talks that would prevent the United States from walking away from previous environmental protection commitments in order to drum up investment. The problem is there are very few people who believe the Trump administration will ever agree to this.

With his administration very much in tatters, a robust economy may be the only thing Mr. Trump has to brag about. Consequently, he's unlikely to agree to anything that gets in the way of his job-creation agenda. He believes a free market should be free of any restrictions, even if that comes at the cost of the degradation of the planet.

So get ready to hear lots about this subject in the coming weeks and months. It will emanate mostly west of Ontario, where the conservative lament over the implications of Mr. Trudeau's proposed environmental conventions has been fodder for months now. Expect to hear lots from conservative politicians and commentators about how capital investment in oil and gas projects is down 50 per cent in Canada over the past few years, but not as much about how most of that decline is the result of a worldwide downturn in prices over which federal and provincial governments in Canada have no control.

Expect to hear lots about how the United States is eating our lunch and less about how oil and gas expenditures since 2014 are down almost equally in both countries.

This is not to suggest there aren't serious implications for Mr. Trudeau and others leading progressive governments in this country. If there is a sense new environmental rules are strangling investment and hurting the broader economy, this is a matter conservative-minded parties and governments will exploit. We would expect nothing less.

One thing we know for sure is the debate over the environment versus the economy is about to heat up. 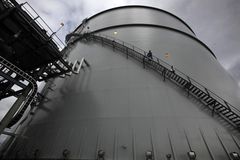 Opinion
How Canada can save the whales
August 13, 2017 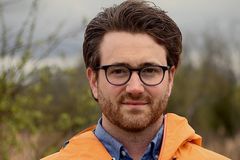 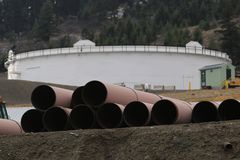