The wake of the Harvey Weinstein scandal has been both bracing and predictable. What's bracing is the widespread confirmation that the entertainment industry is shot through with abusive behaviour. Which means the next Harvey Weinstein or Bill O'Reilly might not get away with it – or even try to.

What's predictable is another wave of claims that sexual abuse is pervasive, that rape culture is the norm, and that most men are complicit in it. "It's not just one monster. 'Me too' reveals the ubiquity of sexual assault," blared the headline on Suzanne Moore's Guardian column.

Please, people. Can't we get a grip? You don't have to be an apologist for Harvey Weinstein to say things aren't quite that bad. And you've got to wonder if the #MeToo meme – as powerful as it is – is going to lead us any closer to solutions.

One problem is language creep. There are degrees of harassment and abuse. Some types are common and relatively harmless; some are terrible and relatively rare. Personally, I don't think that getting an unwanted shoulder massage in the office is in any way comparable to being attacked and overpowered in a hotel room. Yet we tend to use the language of abuse indiscriminately. As abuse victims are rebranded as "survivors," the elevation of lesser sex offences to traumatic events does no service to people who have suffered far more serious harms.

Another problem is the popular sentiment that we must teach men not to rape. They have to realize that it's wrong! As Canadian professor Gerald Walton argued on HuffPo, men must become more sensitized to rape culture and the difference between right and wrong. "Harvey Weinstein … would have benefited from such an education," he wrote.

Actually, no, he wouldn't have. Men know rape is wrong. Unfortunately they do it anyway. Some get their kicks from crossing lines and dominating other people.

As Bloomberg's Megan McArdle points out, sex abuse is one form of antisocial behaviour, and antisocial behaviour is hardwired into the human condition. These people know the rules but they don't care. People with antisocial personality disorder make up roughly 1 per cent of the adult U.S. population. Three-quarters of them are men. A lot of them are online, trolling.

People with antisocial personality disorder are overrepresented in the criminal class. They can also be a huge success in business. Fortunately, this trait is far less tolerated in the corporate world than it once was. Officially, today's big organizations have zero tolerance for abusive behaviour – especially sexually abusive behaviour – not only for liability reasons, but because laws and social norms have changed.

Unofficially, these problems remain all too real. This is especially the case when the stakes are high, the power imbalances are extreme, the culture is traditionally hierarchical and macho, supply and demand are insanely mismatched (as in the entertainment industry), and temptation is close at hand. Fields where abuse is or has been acute include competitive sports (especially those involving young female athletes), religion (the Catholic Church), law enforcement (RCMP), and modelling. Insurance and accounting? Not so much.

The outpouring of confession and outrage on #MeToo makes for deeply depressing reading. It makes it easy to conclude that sexual assault really is ubiquitous, and that, as Lindy West wrote in The New York Times, we live in a world of "confidence lost, jobs quit, careers stalled, women's influence diminished, men's power entrenched."

But that is simply not my experience, nor is it the experience – so far as I know – of most of my female friends and acquaintances. I wouldn't presume to generalize about the lives of other women, because I'm not them, and I do think that predators can spot women who are especially vulnerable. All I can say is that most of the abuse my friends and I have encountered has been relatively harmless. It peaked in our teens and twenties and tailed off sharply as we passed our prime. The standard menu includes sidewalk catcalls, being trailed on the street at night, dates who wouldn't desist until we got really angry, a few flashers on the subway or in public parks who sometimes also masturbated, men who rubbed against us on the streetcar, bosses who tried to kiss us when we were teenage waitresses, a handful of overly friendly colleagues, someone's dad who made a pass when we were underage.

All these things happened to me. All of them were wrong (especially the dad). But none of it wrecked my life, and I would never call myself a victim. As many women can attest, some of these experiences are simply part of urban life, like having your bike or your purse stolen. We can do our best to reduce the nuisance, but we can never reduce it to zero.

I loathe predatory men as much as anybody does. I know the devastation they can do. I also think that if we want to make some progress, we need to turn down the volume on the outrage machine. 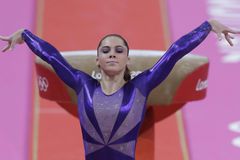 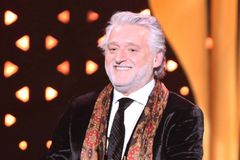