Earlier this month, when my 8-year-old returned to school to begin Grade 4, four of his friends were gone. The twins had moved to Ottawa, and his buddy, who has shared after-school care with him since he started school, went off to Vancouver Island. The family of the fourth boy moved to Nelson. All of them lived within walking distance of his east-side school. All of their parents were gainfully employed professionals. I don't know the details or the motive behind each of the moves, but this week when I moderated a panel discussion for UBC called "Can we raise children in Vancouver?" I thought immediately about the decision those parents had made.

The answer seems obvious: of course we can raise children in Vancouver. Look around you – they're everywhere. But what the discussion focused on was the challenge that parents face today, and the tradeoffs they make in order to do it.

The consensus was that it all boils down to two things: affordable housing and affordable and available child-care.

Child care first: Mary Clare Zak, the City of Vancouver's managing director of social policy and projects, is putting her faith in the province's promise of $10-a-day child care. So is childcare researcher Lynell Anderson, who has been working on the $10-a-day campaign. The NDP government, however, neglected to make any mention of it in its first budget update.

Green Party Leader Andrew Weaver called it "a slogan" and asked rhetorically how proponents of the plan settled on $10. Why not $15, or $20?

Still, both Ms. Zak and Ms. Anderson hold out hope that, with the NDP in power provincially, and a federal Liberal government in place, the conditions are right to advance their agenda. So far there is only talk.

But the issue goes beyond cost. Even with many parents prepared to pay the current rate of $60 to $75 a day, Ms. Zak says the city is still short roughly 17,000 child-care spaces. Imagine what the wait-lists would look like with the cost slashed to $10.

This would have to be, as Ms. Anderson pointed out, a massive infrastructure project that will take time. Creating the space, hiring qualified staff, the training, the administration of it all – it's a mountain I can't even imagine climbing. And yet the four people in front of me on Tuesday night told me that it's possible. I wish I shared their optimism.

The housing side of the equation is equally intimidating. We learned this week that homelessness in Metro Vancouver has risen 30 per cent over the past three years. Housing for the people most in need is beyond what they can afford as rents continue to rise. The increase in rents affects families with children as well – as they struggle to find an affordable place to live in the city.

Vancouver's general manager of planning told a gathering of the Urban Development Institute this week that if Vancouver is successful in its efforts to court the tech industry, the shortage of affordable housing is only going to get worse. One need look no further than Seattle, where the tech industry is booming and home prices have increased at twice the U.S. national average. Rents have risen roughly 60 per cent over the past six years. Mr. Kelly says it's happening in what he calls "gateway cities" all over the world.

He says new units are being built in Vancouver, but the focus needs to be on building housing in "the right supply categories." He says it's a mistake made by both San Francisco and Seattle and that now they are paying the price.

He also says that developers are loath to pay community-amenity contributions on purpose-built rental housing – money that goes toward parks, community centres and yes, child-care facilities.

There is much to love about raising children in this city. There are, as I've just mentioned, parks and community centres, biking trails, beaches and our easy access to nature.

But with two major challenges unresolved and very little concrete action to fix them, I fear that more families will do the math and decide that staying here just isn't worth it.

That would be a shame.

Opinion
In BC NDP’s budget update, another campaign promise broken, and here comes yet another
September 15, 2017 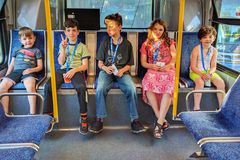 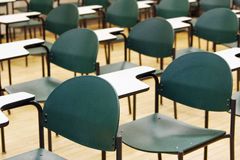