Beyond having a good time, one hopes, a few months earlier, there is not a single requirement when it comes to accomplishing the most important thing most of us will do with our lives; absolutely zero compulsory preparation. Want to drive a car? There's a whole testing process. Even casting a fishing rod into a lake requires a licence. But to plunge into the biggest responsibility you'll ever have – being a parent – there are no mandatory courses, no entrance exams, not even a single, obligatory skill-testing question.

You give birth, you're sent home the next day, and off you go. You progress from figuring out the enigma of the latch and the deep mysteries of sleep patterns to puréeing organic pears and yams to watching the growing miracle take his or her first step (or getting a text from your nanny about it while you're at work) and marvelling as one word becomes two words and then full sentences. Next thing you know, they're teaching you how to operate your iPhone.

Somehow, left largely to our own devices, we generally figure most of it out, navigating bumps in the development road and raising our children with little input or interference from the authorities.

But there is that nagging, shadowy cloud off in the periphery, warning us that things can go terribly wrong.

This week an Alberta couple was found guilty of failing to provide the necessaries of life to their 19-month-old son Ezekiel, who died in 2012. David and Collet Stephan testified they thought the boy had croup or the flu. They treated him for two-and-a-half weeks with natural remedies that included hot peppers, garlic, onions and horseradish. As the boy's condition worsened, the family visited a naturopath and received an echinacea mixture. Ezekiel was so stiff that he could not sit in his car seat.

One wonders what consuming horseradish and hot peppers might have been like for the toddler, but that, of course, was not the most serious transgression in this heartbreaking case. The boy had meningitis and he died.

Why hadn't the parents – who had never had the child vaccinated – sought proper treatment?

The defence argued that they didn't realize he was that ill. The jury convicted them. The Stephans and their family were devastated.

And in a letter to the jury that David Stephan posted on Facebook a day after the verdict, he wrote: "The floodgates have now been opened and if we do not fall in line with parenting as seen fit by the government, we all stand in risk of criminal prosecution."

Of course the family is shattered, but to suggest that as a result we could all be thrown in the slammer for not taking our children to the doctor at the slightest hint of a sniffle is preposterous. When your child is lethargic, you take him to a physician. When he is so stiff that you need to lie him down on a mattress to transport him in your vehicle, the next stop should be the emergency room – not the naturopath for echinacea.

If that doesn't set off alarm bells, there is something tremendously wrong with your judgment.

The case has been polarizing; the reaction to the verdict enormously mixed. Some are calling for blood in sentencing. A deterrent, I've read. But whatever sentence is delivered, it seems beside the point. The parents have already suffered the worst possible punishment. There is no greater deterrent than a dead child.

At the same time, the criminal prosecution was necessary. The court case has attracted a great deal of publicity and provoked a conversation about standards of parental care.

There is a place for the state in the playrooms of the nation. But we need to differentiate true danger – the kind that should have been obvious to Ezekiel's parents – from negligible threats that have become exaggerated in this age of helicopter parenting.

I'm sure I wasn't the only person to roll my eyes and simultaneously shudder at the story of Jacqui Kendrick, the Winnipeg stay-at-home mother who says she was interrogated by Manitoba Child and Family Services after a neighbour complained that she had allowed her children (aged two, five and 10) to play on their own in the backyard, which is fenced-in and visible from the home's windows. Ms. Kendrick told CTV that the CFS "well-being check" included questions about how she punishes her children, whether she drinks or does drugs, if there was enough food in the house – and what her own childhood was like.

Authorities need to investigate true cases of neglect, but one wonders what actual dangers have been going unnoticed while the kids-in-the-yard mom was being quizzed about the contents of her cupboards.

I took my seven-year-old out of school this week so he could spend a week in Toronto with me. While I went to the office, he visited the aquarium, the Ontario Science Centre, and this weekend we'll make the annual pilgrimage to the Royal Ontario Museum. He was amazed at the size of an elephant heart, and awed by his first encounter with a sawfish. And he got to hang out with family he rarely sees.

And still I fret. Am I failing him by pulling him out of Grade 2 for a week? Will his subtraction and fennel-growing skills forever be lacking as a result?

I'm not worried about a truant officer showing up at my door. I'm concerned about doing the right thing for my child. What motivates parents is not fear of the authorities getting involved, but a desire for our children to be happy, healthy and have great lives. When we mess up, we agonize. Not about going to jail. But about the impact on our kids. 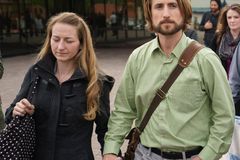 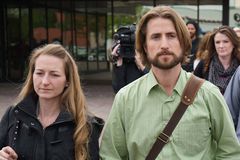 Leah McLaren: Let’s talk about Jacqui Kendrick, reported for letting her kids play in the backyard 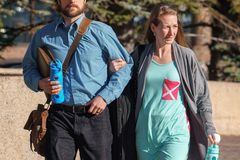 Follow Marsha Lederman on Twitter @marshalederman
Report an error Editorial code of conduct
Due to technical reasons, we have temporarily removed commenting from our articles. We hope to have this fixed soon. Thank you for your patience. If you are looking to give feedback on our new site, please send it along to feedback@globeandmail.com. If you want to write a letter to the editor, please forward to letters@globeandmail.com.
Comments