For a time before the past federal election, it appeared that Justin Trudeau's candidate ranks in Ontario would be overrun with high-profile provincial Liberals.

But despite ample interest from former members of ex-premier Dalton McGuinty's cabinet in making a move to Ottawa, all but a single one – Peter Fonseca, a minor player provincially who had already made an unsuccessful federal run previously – were absent from ballots come election day.

That was not an accident: Mr. Trudeau's campaign team, despite its top members having cut their teeth in Mr. McGuinty's backrooms, signalled they were more interested in having fresh faces on their front lines. A similar lack of enthusiasm was conveyed to prominent members of federal Liberal governments past as they mulled comebacks: It was not the time for retreads tainted by scandal or overly accustomed to old ways of doing things.

As an election strategy, it was a good call. And the Liberals recruited well enough from the private sector and non-political corners of the public sector that Mr. Trudeau did not lack for talent when putting together his cabinet.

But as the Liberals approach the halfway point of their first mandate, they have reason to occasionally wish their caucus included a few more experienced political hands. Then they might have a few more ready-made troubleshooters – people who, having waded through political and bureaucratic muck while running large ministries previously, know what to do as soon as they encounter it now – at a time when they're really starting to need them.

That need was brought into sharp relief this week, as Judy Foote announced she will not be returning as Public Works and Procurement Minister, after leaving the job in April for family reasons.

Courtesy of the Phoenix payroll system – a $300-million debacle that the Liberals inherited from the Conservatives, initially underestimated as a problem and are now struggling to fix – there are few messier posts into which a minister could currently step.

Cleaning up that new system, which has caused an enormous number of federal employees to be underpaid or not paid at all, is essential if the Liberals want a co-operative public service at their disposal (not to mention if they care about basic fairness). It also promises to be unglamorous, highly complicated and frequently unpleasant until those affected have less cause to be angry. In other words, it's exactly the sort of thing into which a government might throw a veteran fixer unlikely to be swallowed whole by it.

The Liberals, though, don't have a lot of those. Among the handful of long-time MPs who served in the cabinets of Jean Chrétien or Paul Martin, the only one who really springs to mind is Ralph Goodale – and his current job at Public Safety is likely too important for him to be moved elsewhere.

Most of the rest are still learning on the job. That's fine and healthy in many ministries, energizing even, but it makes them ill-suited to something such as Public Works at the moment.

It also means that, inevitably, there will be more cleanups needed at some point – either to problems ministers have created on their own, or to those that arise out of circumstance. (The current wave of asylum seekers over the Canada-U.S. border might be an example of the latter, though it's too early to judge either that issue's longevity or Immigration Minister Ahmed Hussen's ability to contend with it.)

Some of the novices may soon prove invaluable problem-solvers, and perhaps some already are. There's a reason why Natural Resources Minister Jim Carr has been temporarily doing double-duty at Public Works – at least serving as a stop-gap, if not having enough time to really take ownership of the files. The more complex the problem, the longer it often takes to materialize, so other would-be troubleshooters may yet have time to accumulate experience. And maybe the amount of leeway Mr. Trudeau is giving his ministers to do their jobs, certainly relative to his immediate predecessor, will help with that.

But it shouldn't be entirely written off that through most of Stephen Harper's time in office, he leaned heavily on Jim Flaherty, John Baird and Tony Clement – three ministers already cabinet-tested in Ontario. The latter two, while sometimes their own sources of controversy, were deployed to navigate postings that confounded colleagues.

It would be too late, and maybe misguided, for the Liberals to rethink their emphasis on fresh faces. Without it, they might not even have gotten the chance to govern. Dealing with the drudgery of government, they just might regret it wasn't more palatable to enlist an extra person or two who had been there before. 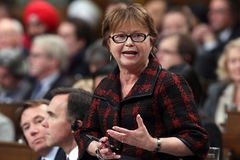 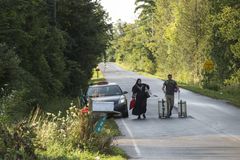 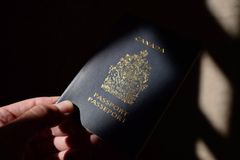