The grim situation in Libya is giving force to the haunting analogy of how the United States and its principal ally, Britain, dealt with Saddam Hussein's Iraq. The fundamental issue is the same: how to contend with a troublesome (mad?) tyrant who brutalizes his own people.

Is there to be a replay of the no-fly zones of the 1990s? And just how effective were they really? Will some Western powers, inevitably led by the U.S., take forcible measures, even go to war, to effect regime change in Libya if rebel forces prove unable to do so themselves? Could intervention boomerang?

Forcible intervention in Libya, should it come to that, will depend on getting the intelligence assessment right. The trigger for intervention, the timing and the method will all rely on good intelligence. We already know that Western intelligence on Saddam Hussein's Iraq, especially on those "weapons of mass destruction," was a colossal failure. Have we any reason to trust the intelligence services to do better on Libya?

Libya, like Iraq, is essentially a closed state. The alternative sources of knowledge - the media, the diplomatic community, even the bloggers - have been cut off from real access. That leaves the spies.

Libya, until very recently, hasn't been a priority intelligence target for the West since it renounced its WMD program in 2003. Intelligence agencies, like everyone else, were clearly taken by surprise by the anti-Gadhafi uprising. When the U.S. director of national intelligence, James Clapper, presented his annual Worldwide Threat Assessment to Congress on Feb. 10, no mention was made of Libya.

What he did say, in trying to defend the U.S. intelligence community's record on political upheaval in the Middle East and North Africa, was that "the specific triggers for how and when instability would lead to the collapse of various regimes cannot be known or predicted. We are not clairvoyant." Honest stuff, but not reassuring.

The spy data on Libya won't be had from agents on the ground. Events are moving too fast to insert agents, create networks and generate intelligence and, in any case, the risks of capture and diplomatic embarrassment would be far too great. As with Iraq, the intelligence hunt will be done by the sensors - the eyes in the sky and the communications sniffers.

These sensors - whether images from spy satellites, radar photos from NATO-deployed Airborne Warning And Control System planes, or reams of communications intelligence - have their uses, and their limitations. They can provide a picture of military movements on the ground and perhaps capture some of the decision-making and command instructions pouring out of Tripoli. But for all the technical sophistication of the spy devices deployed, the intelligence take can still be ambiguous, even deceptive.

That a pro-Gadhafi unit is on the move is useful to know. What a satellite image won't tell you is how well and for how long it might fight. An intercepted communication from Moammar Gadhafi's headquarters, should a spy service be lucky enough to capture it, might tell you something about the regime's intent but very little about its capacity to carry out any murderous schemes. And there's always a fantasy element to dictatorial commands from the bunker.

The critical intelligence question posed by Libya is what is called a net assessment - measuring the strength of the regime against the strength of its opponents. Wars that pit professional armies against amateur ones are usually easy to call. But the situation in Libya is a little more complex.

The professional Libyan army isn't all that professional, and it isn't uniformly well-equipped. The rebel forces have armed themselves with mostly cast-off weapons or those seized from eastern elements of the regular Libyan military - much of it antiquated, presumably because Colonel Gadhafi didn't trust his best military hardware to a restive east.

The forces that have stayed loyal to Col. Gadhafi, especially those deployed in and around Tripoli, were much better equipped by the regime. This can be seen, measured and weighed by the intelligence services. But the real intelligence net assessment will come down to the intangible questions of morale and commitment. The high-tech sensors and sniffers won't provide good answers to such questions.

Where intelligence can play a strong supporting role is in changing the net assessment, helping to block the Gadhafi regime's ability to know its opponents by interfering with its intelligence capacity, and by helping to build up an early warning system for the rebel forces (if they'll accept the idea of such help).

In this fight, good intelligence may be just as important as military hardware. And if the intelligence balance can be tipped, it's possible overt intervention may prove unnecessary. But if such intervention is found to be necessary, an investment in intelligence support for the rebels and degradation of the Gadhafi regime's intelligence system would be invaluable for success.

Wesley Wark is a professor at the University of Toronto's Munk School of Global Affairs. 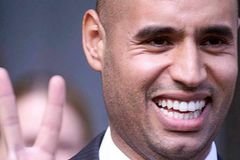 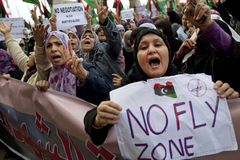 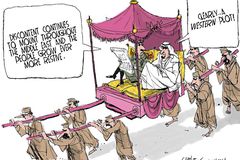