Look at the men and women who revered Gurmeet Ram Rahim Singh, the fake godman who was convicted of two rapes last week in north India, and you see poor, semi-literate villagers whose lives are made up of one hardship piled on another.

One of the most salient characteristics of life in India is insecurity. It is this which explains why, time and again, dodgy godmen with no real spiritual wisdom to offer end up being worshipped by millions. Just as Bollywood films offer escapism to those living in grinding poverty, so fake holy men offer hope in a country where, apart from your family, there is no other institution you can turn to because the state has failed in its duty to provide the basic necessities to so many Indians.

It is unfair to sneer at the gullibility of Mr. Singh's followers, even when so many of these godmen have turned out to be criminals and rogues. But these charlatans know the value of lending a hand when a family turns up looking for help to pay for a wedding, or for a child's medical treatment. This kind of help is more direct and tangible than the promises of remote government schemes that are usually embezzled by the time they reach the intended recipients, if ever.

Insecurity plagues many social classes. Obviously, for the poor, not being paid wages for a few days can lead to a financial crisis. Having to pay for medicines can punch a big hole in their budget. But insecurity plagues the Indian middle class too. Given the ferocious competition for jobs, will their college-educated child manage to get one? Will an illness in the family wipe out their savings because they'd prefer to pay for a private hospital rather than face the terrible service in the free government hospitals? Will some new whimsical government regulation throw their small business into a tailspin? Can they collect a decent-enough dowry to get their daughter married?

Insecurity is ever-present because, although the middle class has enjoyed a new prosperity in the past 10 to 15 years after decades of austerity, this prosperity is barely a generation old. The lurking feeling persists that it might all vanish if a rainy day comes along.

The tendency to display blind faith in godmen is also the result of a cultural trait that inclines Indians to defer to figures of authority. So politicians are often looked up to like an elderly parent. A man in flowing robes, sporting a long white beard and claiming to be wise automatically arouses respect, compounded by the tendency in India to place a great value on spiritual leaders.

Children are taught early on by family and society to blindly obey older people. At school, they learn by rote, a method that does not encourage them to use their critical faculties – a problem that many Indian and foreign employers have noted with dismay. This trait makes them vulnerable to the claims of godmen.

Moreover, since most of their followers are not interested in spiritual enlightenment so much as having a better here and now, it is easy for godmen to tell them to do simple things. You want to conceive a baby boy? Fast on Saturdays. You want your son to find a good job? Wear a ruby ring. You want your husband to enjoy good health? Add an extra 'a' to the end of your surname and that will protect him. You want your daughter to find a good husband? Give up meat on Tuesdays and abstain from sex on Fridays.

If what gurus say strikes a chord among Indians, it is also partly to do with the fact that astrologers have traditionally played a large role, especially among Hindus. At every important juncture in life – fixing the date of a wedding, seeing if the horoscope of the bride and bridegroom are compatible, deciding what day to move into a new house – many Indians still consult an astrologer. The godman fits into this need for advice on family matters.

But what of the rich? Surely they are secure and rational? Up to a point, yes. But just as Americans like to talk about what's on their mind with their shrink, that's what rich Indians like to do with their dedicated family guru, who visits them at home and is at hand whenever a major decision has to be taken. His stamp of approval on a decision makes them feel less anxious.

The Indian godman, therefore, fake though he may be, serves many purposes. Mr. Singh was not the first, and he will not be the last.

Opinion
The end of instant divorce: A win for women in India, but many battles remain
August 27, 2017 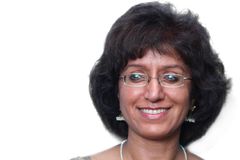 Opinion
India and China are at a standoff and we need to pay attention
August 25, 2017
Follow us on Twitter @globedebate Opens in a new window
Report an error
Due to technical reasons, we have temporarily removed commenting from our articles. We hope to have this fixed soon. Thank you for your patience. If you are looking to give feedback on our new site, please send it along to feedback@globeandmail.com. If you want to write a letter to the editor, please forward to letters@globeandmail.com.
Comments