Alberta residents are set to receive the highest average compensation from the federal government next year when Ottawa’s carbon price kicks in for the first time in the province.

The Liberal government is imposing its federal carbon tax on Albertans starting Jan. 1, which will make emissions-generating goods such as gasoline and home heating more expensive. To compensate, Alberta residents can claim a credit on their tax returns that works out to $888 for a family of four.

Residents of three other provinces – Ontario, Manitoba and Saskatchewan – are able to claim $448, $486 and $809, respectively, for a family of two adults and two children.

A fifth province, New Brunswick, is being rolled off the federal price next year because it is instituting its own provincial regime.

The federal government announced the value of the 2020 credits – which it calls “climate action incentive payments” – this week.

The rebates were unveiled the same week the Alberta government was in court fighting the federal carbon tax. In a statement, the provincial Environment Minister’s spokesperson, Jess Sinclair, said Albertans have “summarily rejected” the tax by voting for conservatives in the provincial and federal elections this year.

The other reason is the federal government calculates that Alberta residents’ activities emit more greenhouse gases than those in other provinces, such as the types of energy used to heat homes, the types of vehicles used and the average distance driven.

Pierre-Olivier Herbert, a spokesman for the federal Finance Minister, said the value of the credit will fluctuate year to year, depending on projections of fuel use in each province.

The policy objective of a carbon price is to change the behaviour of people by making carbon-intensive activities, such as driving, more expensive to discourage their use. However, the federal government says it has designed the program in a way that makes it revenue-neutral for most Canadians.

Jennifer Winter and Trevor Tombe, two economists at the University of Calgary, calculate that 80 per cent of Alberta households will get more back from the credit than they will pay in increased costs. They say that the 20 per cent that will pay more because of the carbon price are, on average, those with higher incomes, more vehicles and larger homes.

The gap between what most residents will receive from the rebate, compared with what they pay in increased taxes, is being filled in part by the carbon taxes paid by small businesses.

“While most consumers will be getting back more than they’ve paid in carbon taxes, small business owners are paying far more than their share,” Canadian Federation of Independent Business president Dan Kelly said in a statement.

Dr. Winter said that’s part of the design of the system.

“The idea is that businesses will pass on increased costs to households and so the rebate should account for that by being higher than if just revenue from households was used,” Dr. Winter said.

For the 2020 year, Alberta residents are also set to have the highest net gain from the program. The federal government estimates that the average Albertan household will get $880 credit, while only paying $534 in higher taxes. In Saskatchewan, the average taxpayer is set to receive $792 while paying $641.

Dr. Winter said costs to businesses in those provinces will be higher because of more emissions-intensive electricity sources, such as coal and natural gas.

With a report from Marieke Walsh 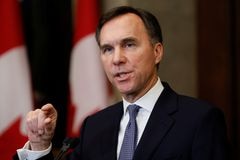 Against the grain: For Prairie farmers, carbon tax shows how little Ottawa understands their industry
December 12, 2019 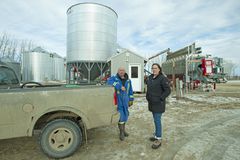 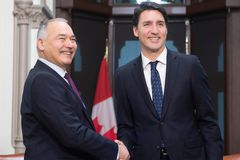