Mexico’s chief NAFTA negotiator says he is hopeful discussions on a side deal to a new continental trade pact will yield a reduction in the patent protection terms for biologic drugs, a fast-growing class of medicine.

This includes the length of time creators of new biologics drugs would be spared competition before rivals could make generic versions of the medicine.

“There will be some accommodation – we still have to see how much – very much in the direction that Canada was upholding in the negotiations. There will be an adjustment amicable to the Canadian and the Mexican position,” Mr. Seade predicted.

These additional USMCA negotiations have arisen out of talks in the U.S. between the Trump administration and Democrats in Congress. Democrats won control of the House of Representatives in 2018 and their caucus, which has long been concerned about job losses to Mexico and lowering drug prices, is now crucial to passing USMCA. U.S. President Donald Trump, facing impeachment hearings, wants to pass the new trade pact before Christmas and presidential primary campaigns ramp up in early 2020.

Patent protection was one of Canada’s most significant concessions in the renegotiation of NAFTA: tougher rules protecting big pharmaceutical companies from competition on some of their most expensive prescription drugs. The change, if implemented, would cost Canadians an estimated $169-million annually in additional spending on medications.

A provision in USMCA would guarantee pharmaceutical companies 10 years of data protection on new biologic drugs. This rule, which is in addition to existing patent protections, would force generic drug companies to wait longer before introducing competing alternatives.

“The main thing that has been discussed is what happens to the length of time provided,” Mr. Seade said of side-deal talks.

“It’s being discussed how to bring it down or create a mechanism where it may come down later.”

The U.S. already grants drug companies 12 years of data exclusivity on biologics. But Canada offers just eight and Mexico five, meaning both would change their laws if USMCA takes effect.

Biologics are a type of complex drug derived from living cells, as opposed to synthetic chemicals. They tend to be particularly expensive. A Forbes Magazine report this year, citing data from the IQVIA Institute consultancy, reported that biologic drugs accounted for 93 per cent of growth in U.S. drug spending.

In other developments, Canada is being asked to contribute funding to Mexican labour reforms as part of a renegotiated free-trade deal, according to a source familiar with negotiations.

Mr. Seade told reporters that these additional USMCA talks are “very close to the end,” but the most difficult issues remain on the table.

A source familiar with the discussions said four topics dominate these USMCA passage negotiations: stricter labour standards in Mexico, a stronger dispute settlement mechanism, patent protection related to drug prices, and environmental protection. The Globe and Mail is not identifying the source because they were not authorized to speak publicly on negotiations.

Mexico has already bristled at the idea of foreign monitoring of its labour practices. Mr. Seade, however, said Mexican President Andres Manuel Lopez Obrador wants to fix his country’s labour system and Canada will be part of the solution.

"We welcome that there has to be something that is done in a balanced way, in a good way, and with Canada present,” Mr. Seade said.

The same source familiar with negotiations said it appears the U.S. will contribute money to help the Mexicans with labour reforms. And they said there is a request for Canada to contribute as well, and while this has not been resolved, if it proceeds it would likely be a smaller amount than the Americans are contributing.

Daniel Ujczo, an Ohio-based international trade lawyer, warned that even once a deal is reached between the three countries, it might not be enough for U.S. organized labour, which could pressure congressional Democrats not to support ratification.

"That's where this potentially could be challenged. If Seade and Mexico are happy, it's unlikely U.S. labour is going to be happy," Mr. Ujczo, with the firm Dickinson Wright, said in an interview. "There's still a lot to do do get this over the finish line and not a lot of time to do it."

Mr. Ujczo said the talks in Canada on Friday were secondary to negotiations between Mexico and the U.S. “At the end of the day, the action is in Washington.”

Mr. Ujczo said there were different ways the Canadian money to fund Mexico’s labour reforms could be delivered. One would be to expand the mandate of the North American Development Bank, an organization jointly run by the U.S. and Mexico to fund environmental projects along the border, and pass the money through there. 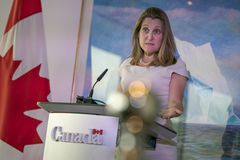 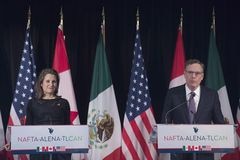 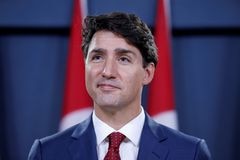 Follow Steven Chase and Adrian Morrow on Twitter @stevenchase @adrianmorrow
Report an error Editorial code of conduct
Due to technical reasons, we have temporarily removed commenting from our articles. We hope to have this fixed soon. Thank you for your patience. If you are looking to give feedback on our new site, please send it along to feedback@globeandmail.com. If you want to write a letter to the editor, please forward to letters@globeandmail.com.
Comments