The Canada Infrastructure Bank says an internal memo that ranked journalists by whether their coverage was “positive” or “negative” was an attempt to improve the Crown corporation’s communications strategy.

The memo was written by a consultant, David Wills, and addressed to David Morley, the bank’s head of public affairs.

The Canada Infrastructure Bank provided the memo to The Globe and Mail after it was first reported on by Blacklock’s Reporter, which obtained a copy through an Access to Information request.

“David, as we discussed, here is a top line top five positive, top five negative analysis of media who have covered CIB,” the e-mail from Mr. Wills said.

Mr. Wills, who has served as an official spokesman for the bank, rated as positive coverage from Jesse Snyder of the National Post, Andrew Macklin of ReNew and Water Canada, Paul Hasler of Global Water Intelligence, Donald Wall of Daily Commercial News and Andrew Willis of The Globe and Mail.

For the negative list, Mr. Wills identified Philippe Orfali of Le Journal de Montréal, Jordan Press of The Canadian Press, Bill Curry of The Globe and Mail, Paul Wells of Maclean’s, and Amy Castle and Tyler Buist of CBC.

Mr. Wills wrote in the note that he would send a separate list of reporters to “pursue” the following day.

In a statement sent on Friday, Terence Foran, a senior manager of corporate communications at the Canada Infrastructure Bank, said the memo was part of a media analysis and not an attempt to create a blacklist of reporters.

“The purpose was to help understand how the CIB had been covered in the press to help improve the communications strategy, which is, as you know, a common practice and an expression of our constant desire to improve the way we communicate with the public, including reporters,” Mr. Foran wrote.

Mr. Foran also provided to The Globe a statement from Mr. Wills, in which the consultant said he was just compiling a summary of publicly available news stories.

The plan to create an infrastructure bank was part of the Liberal Party’s 2015 election platform. The party’s initial description was that it would be a source of low-cost financing for new infrastructure projects.

However, once in government, the concept evolved into a $35-billion Crown corporation with a mandate to invest in projects in a way that could help attract outside investors, such as global pension funds.

Legislation to create the bank was included as part a 2017 budget bill. Some experts questioned at the time whether the legislation provided bank executives with enough independence to avoid political interference in its decisions.

At the time the media memo was written – March 26, 2019 – the bank had only publicly stated its support for a single project, a commuter-rail line in Montreal. That $1.28-billion announcement was made in the summer of 2018.

The bank did not announce a second project until it lent its support for up to $2-billion to a GO commuter-rail expansion in the Greater Toronto Area on May 30. The bank has announced two more projects in the following weeks, with $55-million to help Via Rail assess a plan to build a high-frequency rail line in Ontario and Quebec, and $20-million to improve wastewater facilities in Mapleton, Ont.

The bank’s future is uncertain given that the two main opposition parties – the Conservatives and the NDP – are both pledging to wind down the bank should either of them form a government after the next federal election, which is scheduled for Oct. 21. 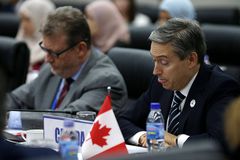 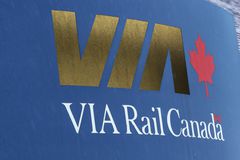 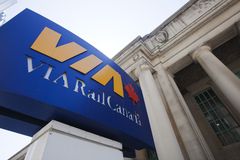