The RCMP are investigating at least two cases of alleged foreign corruption that could lead to the first tests of a deferred prosecution agreement in the Canadian judicial system, a senior RCMP investigator says.

Deferred prosecution agreements (DPAs) generated much controversy last year after SNC-Lavalin Group Inc. tried to get such a deal, but have not been used in Canada since they came into law in 2018. Companies, law firms and others are awaiting a real-life example of how the process works in comparison with such arrangements in other countries.

In an interview, the officer in charge of criminal operations at the RCMP’s national division said the police force is investigating cases in which companies have reported allegations of corruption that have come to their attention within their organizations. In a DPA, such companies could admit wrongdoing and pay a fine, avoiding a trial and conviction.

“We have accepted a couple of investigations recently,” Superintendent Mike MacLean said. “At this point, we are in the analysis and preparation stage. We still have to finalize our investigation and present the results to the Crown attorney.”

The federal government amended the Criminal Code in 2018 to allow DPAs. Under the Canadian system, companies would have to report allegations to the RCMP, which would then investigate. The Mounties present their evidence to Crown attorneys, who can initiate negotiations on a DPA with the company.

Montreal-based SNC-Lavalin waged a lobbying campaign in 2018 and 2019 for a DPA to avoid a criminal trial on charges of fraud and bribery related to activities in Libya, but the Public Prosecution Service of Canada denied the engineering firm’s request. Charges had already been laid by the time SNC made the request.

In December, the company and prosecutors announced a deal in which SNC’s construction division pleaded guilty to a charge of fraud. It will pay a $280-million fine and receive a three-year probation order, during which it will hire an independent consulting firm to monitor the company’s compliance and ethics programs, and publish the reports on its website. A charge of bribery under the Corruption of Foreign Public Officials Act was dropped.

The deal came shortly after former SNC-Lavalin executive vice-president Sami Bebawi was found guilty of five charges, including bribing a foreign public official, fraud and laundering the proceeds of crime.

“After discussions with some defence counsels across the country, they are of the opinion that once we get that test case we’re able to be successful with, we’ll see more people and more companies coming forward,” he said.

Riyaz Dattu, a Toronto international trade lawyer who advises companies on compliance and conducts internal investigations, said in an interview last year that companies still have many questions about DPAs.

“There really is no clarity we can offer clients on voluntary disclosures, as opposed to waiting and having the RCMP knock on your door,” he said.

Supt. MacLean said the case of SNC-Lavalin showed that the RCMP can investigate and obtain a conviction involving a company’s conduct on foreign soil.

He said companies that bring their case to the RCMP stand to have more success, but that a DPA could be available in other circumstances.

“In a perfect world, you’d want that pro-active disclosure up front. But I think we will see companies that aren’t aware at the time, and become aware through different witnesses or international partners, come forward,” he said.

Supt. MacLeod said the RCMP were pleased with the results of its investigation into SNC-Lavalin, which started in 2012.

“It’s nice to have a good story, but our stories take long to tell,” he said.

Supt. MacLean said the most important point is for everyone to know that the RCMP operate outside political influence.

“The key piece is that we are totally independent from anything government-related. We do a proper analysis independent of government, we work outside of government and we work with Crown attorneys for charges. We are in no way ever influenced by government to take on an investigation or to investigate or to identify targets," he said.

With a report from Sean Fine 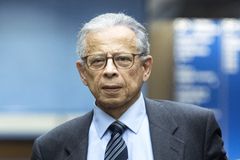 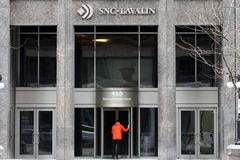