The Liberal government is moving ahead with a promised personal income tax cut that it says will allow an additional 1.1 million low-income Canadians to not pay any federal income tax.

Finance Minister Bill Morneau introduced a motion Monday that is the first step toward adopting the change. The details of the tax cut – including a four-year period to phase it in – are in line with a promise in the Liberal Party’s 2019 election platform.

Mr. Morneau also said he intends to release an economic update before Christmas that will provide the latest forecast for federal revenues and expenses ahead of the 2020 budget.

Starting Jan. 1, 2020, the government will gradually increase the threshold at which individuals must start paying federal income tax. Known as the basic personal exemption, the threshold for 2020 is currently set at $12,298. The Liberal change would raise that to $13,229 for 2020 and to $15,000 by 2023. The government also plans to phase out the benefit for individuals with net incomes above $150,473. It will be fully phased out for individuals with incomes of more than $214,368.

The NDP urged the government to lower the threshold at which the tax cut is phased out and to use the extra revenue to fund a dental-care program. The Conservative Party – which also campaigned on a personal income tax cut – said it will review the government’s plan and discuss it during the party’s closed-door caucus meeting before deciding how to vote on the measure.

“We are looking forward to working with other parties. We campaigned on an approach that was going to reduce taxes for 20 million Canadians. It’s a very significant measure that will put, in the first year, three billion dollars [of] more money into middle class Canadians’ pockets. That’s, we think, really important,” Mr. Morneau told reporters outside the House of Commons.

Conservative MP Pierre Poilievre said in a statement that the tax cuts should be adopted immediately, rather than phased in over several years.

“Conservatives love tax cuts," he said. "They reward workers with more money to save, pay down mortgages or support local business and charities. ... We’ll read their latest proposal to ensure their deeds match their words. We’ll also urge the government to consider bigger and faster tax cuts.”

NDP health critic Don Davies said he was pleasantly surprised to see the government’s Throne Speech mention dental care, though he said he would have preferred stronger language than that it is an idea “worth exploring.”

Mr. Davies said the NDP was the only party that campaigned on federal support for dental care and debate over the tax cut is an opportunity for the government to act in exchange for NDP support.

The government tabled what is called a ways and means motion, which sets out the government’s intention to make a tax-related change. That will be followed up with a government bill. Mr. Morneau declined to provide a timeline for when the government will act on other promised tax changes, such as measures affecting large digital companies such as Facebook Inc. and Alphabet Inc.'s Google.

The House of Commons will be in session until Friday and it will then take a break until the last week of January. 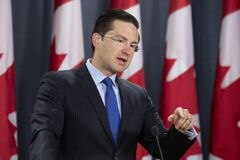 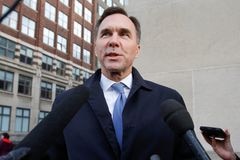