Jane Philpott is assessing her political options after being told she is not wanted as a Liberal and says she could run as a candidate for the New Democrats or the Greens, or even as an independent, in the election next fall.

Ms. Philpott, a medical doctor who was praised for her performance as a cabinet minister in the government of Prime Minister Justin Trudeau, says she has been approached by other parties and is considering whether she has a future in politics.

“I have some decisions to make in the next few weeks as to whether or not I will run again federally. At the moment, the door is closed to me running as a Liberal,” she told CTV’s Question Period in a show that aired on Sunday. “I have been approached by people of other parties and I’m weighing those options.”

Ms. Philpott said she has had conversations with both the NDP and the Green Party.

“What I’ve said up to now is that I have not closed any doors. I have a range of options, obviously. I could leave politics altogether and go back to doing medicine, or something,” she said. “I could also run as an independent.”

What she would not do, said Ms. Philpott, is run for the Conservatives. “I think there are too many policy differences.”

Ms. Philpott resigned as President of the Treasury Board on March 4 citing “serious concerns” about the political pressure exerted on former attorney-general Jody Wilson-Raybould to abandon the criminal prosecution of SNC-Lavalin Group Inc.

Four weeks later, Mr. Trudeau announced that both Ms. Philpott and Ms. Wilson-Raybould were being removed from caucus and as candidates for the Liberal Party in the federal election, saying their criticism of his role in the SNC-Lavalin affair had broken bonds of trust and helped the government’s political opponents.

Ms. Philpott said, in a subsequent interview with The Globe and Mail, that it was a mistake for Mr. Trudeau to expel her from the Liberal caucus and the decision could “backfire” as the Prime Minister looks to move on from the SNC-Lavalin controversy.

Many members of the Liberal riding association in Ms. Philpott’s riding of Markham-Stouffville have stepped down in solidarity with the rookie MP.

The NDP did not respond to questions on Sunday about whether there have been discussions that could lead to Ms. Philpott running as a New Democrat.

But Green Party Leader Elizabeth May said she would be delighted to have either or both Ms. Philpott and Ms. Wilson-Raybould running under a Green banner.

“They are both extraordinary and I respect them enormously and I would be thrilled if they joined us,” said Ms. May, who said conversations that she had with both women started as a commiseration about their expulsions from the Liberal caucus.

“They are strong, tough people, but they have really gone through the experience of having people they thought were their friends turn on them," Ms. May said.

Ms. Philpott said there have been moments when she has considered quitting politics. But, she said, it is not a good thing for people who stand on principle to allow themselves to be pushed out and constituents have been encouraging her to stay.

So, she said: “I will be sitting down with my volunteers, and many others, doing some door-knocking over the next couple of weeks, hear what people say, if they would support me again, and if so, under what banner.”

Liberals say they are moving ahead on Indigenous agenda despite SNC affair, caucus ousters
April 14, 2019 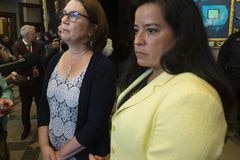 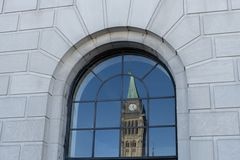 How common are corporate settlements among SNC rivals?
April 11, 2019 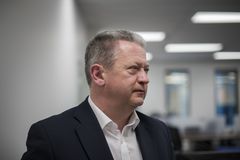