The Prime Minister’s Office is using a private party database called Liberalist in its background checks on candidates for judicial appointments, a tool that allows them to see whether would-be judges have supported the Liberal Party in recent years, records show.

The Liberal Party designed the database to be used for partisan purposes, such as helping Liberal candidates track and reach their supporters during election campaigns.

However, confidential documents obtained by The Globe and Mail show the PMO’s appointments branch is also using it to look into the partisan background of applicants for judicial positions. The documents, which were provided by a source, were produced by the PMO and show the results of database checks on judicial applicants. Liberalist is the only one of the databases that is not accessible to the public.

As justice minister, Jody Wilson-Raybould modified the process under which the federal government appoints judges to superior and federal courts in 2016, promising to increase the “openness, transparency, accountability and diversity of Canada’s judiciary.” In particular, the reforms gave greater independence to the seven-member judicial advisory committees (JAC) that evaluate the candidates for appointments.

However, sources said the process still includes a role for the PMO in vetting candidates further. The records show the PMO used Liberalist to evaluate candidates who had gone through the JAC process.

In the case of two lawyers who were vetted in 2018, for example, the documents indicate that Liberalist showed the years in which they were members of the Liberal Party of Canada, their history of donations to the party at the riding and national levels and the fact they voted in the 2013 leadership race. The database designated each of the two candidates (who were appointed to the bench) as a “supporter” of the party. It is not clear from the documents what “supporter” means.

A spokeswoman for Prime Minister Justin Trudeau said it is “normal and appropriate” for the government to be ready to answer questions on the “political activities and affiliations of government appointees.”

“All judicial appointments follow our new, open, independent, transparent and merit-based process," PMO spokeswoman Chantal Gagnon said. "Political activity or donations have no impact on a person’s candidacy or selection for a judicial appointment. Our government has appointed people that have donated or been involved with parties of all political stripes.”

Using information from Elections Canada’s public database of political donations, The Globe has determined that about 25 per cent of the 289 judges appointed or promoted by Mr. Trudeau’s government since 2016 had donated to the Liberal Party of Canada. About 6 per cent donated to the Conservative, New Democratic or Green parties.

Judicial appointments have been a frequent source of controversy in Canadian history, given that no rules prevent government officials from favouring lawyers with ties to their party.

The Prime Minister is in charge of appointments to the Supreme Court of Canada, which will have a vacancy in September, when Clément Gascon officially retires.

Lower-ranking judges are appointed on the advice of the cabinet after a recommendation from the justice minister.

In the first stage of the process, applicants are evaluated by one of 17 seven-member JACs across the country. These committees are made up of members appointed by the government to represent the general public and members who are appointed by the provinces and the legal community.

The previous Conservative government appointed four representatives of the public, giving them the voting majority.

The government said when it announced the new process that it allows the committees to rank applicants as “highly” recommended in order to favour “truly outstanding candidates” for judicial appointments.

According to federal sources and records, the office of the minister of justice and the Prime Minister’s Office then conduct additional vetting.

Under the current government, all the ministers from a candidate’s province are consulted. In addition, some backbench MPs (especially those that are lawyers) and individuals outside government can be asked for their thoughts.

The PMO uses public databases to look into the candidates’ past, putting their names in Google News or the media monitoring service Infomart to see whether they have generated controversy. The PMO also looks in the database of names that appeared in the Panama Papers (a database of people linked to tax havens), the federal registry of lobbyists and a federal website that lists recipients of contracts and grants.

With these and other open sources of information, the PMO compiles the candidates’ history of donations to political parties and digs through their social media accounts (such as Facebook, LinkedIn and Instagram) to look for red flags.

Liberalist was put together by Liberal officials and volunteers who compile information from their contacts with members of the public in person, on the phone or online. The information is continually updated and added to the official list of registered voters for use during election campaigns, providing information on the partisan activities of Canadians.

The party has been using Liberalist for a decade. The software was modelled on a database the Democratic Party in the United States used under Barack Obama, who made it part of his campaign to win the presidency for the first time, in 2008.

The Privacy Commissioner and the Chief Electoral Officer of Canada recently expressed concerns that federal privacy laws do not apply to the large databases of information political parties amass on voters.

“Information about our political views is extremely sensitive and worthy of strong privacy protections,” Privacy Commissioner Daniel Therrien said on April 1. “We know that political parties collect vast amounts of data about voters. Canadians expect and deserve to have their privacy rights respected as they exercise their democratic rights.”

The Globe’s analysis of Elections Canada’s political contributions database looked at 4.95 million contributions, combining two Elections Canada donation data sets (one from 2000 to 2004, and another from 2004 to the present). Contributions before 2000 were not included due to differences in the structure and quality of the data.

The analysis compared the names in that database with those of the 289 judges who were appointed or promoted under the current Liberal government.

To prevent cases of mistaken identity, the judges’ donations were confirmed by cross-referencing their home cities and postal codes. The fact that many lawyers include their middle initials in their names added certainty to a number of matches.

Due to typos or other errors in donation information submitted to Elections Canada, some donations may not have appeared in The Globe’s search. Because the analysis looked for donors’ names, a small number of individuals who share a full name with a sitting judge and live in the same area may have been captured in the analysis.

Over all, 1,187 contributions were matched to 83 judges – nearly one in three of those appointed. Seventy-five judges, or 90.4 per cent of all judges who made donations, gave to the Liberal Party or its candidates. Nine (10.8 per cent) donated to the Conservatives, eight (9.6 per cent) to the New Democratic Party and one to the Green Party of Canada. Ten judges donated to more than one party.

The office of Justice Minister David Lametti said judges were named or promoted based on competence, without any considerations for their political leanings.

“All judicial appointments are made on the basis of merit,” said spokesman David Taylor, who added the minister considers factors such as “the needs of the court, each candidate’s expertise and the strength of their application” in recommending candidates for appointment.

“Citizens are free to make donations to whatever political party they choose. This includes members of the bar. Our judicial appointments process neither disqualifies nor privileges an applicant because of his or her legal donation to a political party,” Mr. Taylor said. 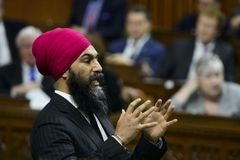 Opinion
Across the country, voters grow impatient with the status quo
April 20, 2019 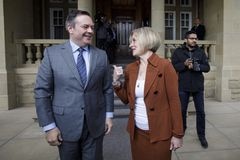 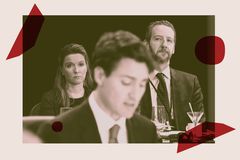 Follow Daniel Leblanc and Tom Cardoso on Twitter @danlebla @tom_cardoso
Report an error Editorial code of conduct
Due to technical reasons, we have temporarily removed commenting from our articles. We hope to have this fixed soon. Thank you for your patience. If you are looking to give feedback on our new site, please send it along to feedback@globeandmail.com. If you want to write a letter to the editor, please forward to letters@globeandmail.com.
Comments