The Action: The new owners of this two-storey house were found through a marketing campaign targeted at residents within the surrounding community in Calgary's northern outskirts last October and November.

"[We] did an open house with a pumpkin giveaway for Halloween and door knocked in the community to invite people to the open houses," agent Jesse Davies said.

"We also did a bunch of Facebook ads to attract buyers that we felt would be a perfect fit for the home."

What They Got: Situated at the end of a cul-de-sac, this seven-year-old house has 2,109 square feet of living space and an unfinished basement, plus an attached garage and rear parking on a 20-by-169-foot lot.

The interior was recently improved with updated granite counters, maple cabinetry, a corner pantry and stainless-steel appliances in the kitchen. Wide-plank laminate floors were also added and extended into an enclosed den and open entertaining and dining area with a gas fireplace and an exit to the south-facing deck.

The second floor has an open recreation area with vaulted ceilings three bedrooms. A walk-in closet and the largest of three bathrooms round out the master suite.

The Agent's Take: "The lot made it stand out because the square footage was significantly bigger [than others in the neighbourhood] and it's on a corner with a large backyard, which is rare," said the buyers' agent, Samantha Mollerson.

"It also had alleyway [access] with an RV parking stall, which definitely made it unique." 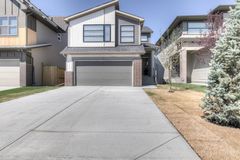 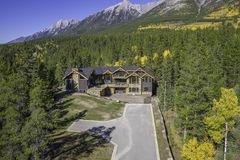 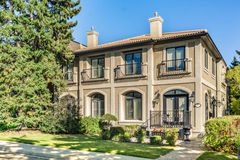