'We wanted a project," says David McCormick of the Islington Village home he shares with his partner, Wayne Phillips, "and when we came across this place, it really spoke to us."

It spoke so loudly that after the deal closed in early 2005 the pair negotiated extra site visits so tape-measure-wielding, award-winning architect Terence Van Elslander (of Van Elslander Carter Architects Inc.) could get inside to plan.

The couple was smitten, too, by the home's site on a gently curving corner lot – facing the middle of the curve rather than over to one side – and the novelty of having four yards instead of three. Because the two neighbouring homes lock rigidly to the street grid, privacy was plentiful: "When you drive into the driveway," says Mr. Phillips, "you're sort of cocooned and enclosed."

For enclosure of the architectural kind, there was no question as to who would be in charge: the architect. This was intentional, says Mr. Phillips, since "we didn't want to influence his design.

"We just wanted him to develop it, and we wanted to get a surprise and say, 'My God, that looks fantastic,' and that's exactly what happened."

In a word: everything. And it is fantastic. Save for some walls, the foundation and a few basement spaces, the original 2,000-square-foot home is brand new beyond the studs. Mr. Van Elslander, a Modernist who studied at Michigan's famous Cranbrook Academy of Art, also grafted a 1,300-square-foot family room addition onto the south wall (with new master bedroom above) and invited backyard greenery inside via floor-to-ceiling windows.

As discussed when profiled in Globe Real Estate in August 2009, extended sight lines are big here. From the foyer, the eye travels through the long dining room – there's even a 'window' cut into the large shelving unit holding the couple's Incan pottery collection – past the kitchen and to the end of the quirky lot. "I'm really interested in seeing through the building … trying to get diagonal views is important," said Mr. Van Elslander at the time. New Loewen windows framed in Douglas fir are so beautifully detailed, however, that some folks might rest their eyes there.

And speaking of details, the two small rooms that combined to create the stunning chef's paradise showcase more than sexy Bosch appliances – some clad in zebrawood like the cabinets – or the unique flush-mount Faber ventilation system: There are architectural flourishes, such as crisp and creamy floating ceilings and areas that have been reinforced to support heavy artwork.

Underfoot is unstained ipe (a.k.a. ironwood), chosen because the couple prefers material "in its natural state." Found throughout most of the home, the ipe travels outside: The massive, custom-made front door and a small section of exterior wall allow Mr. Van Elslander to present the "palette of the house" upon arrival. Heated concrete floors ground to a glassy smoothness give the family room a more loft-like feel.

Up the stairs and through massive pivot doors, the master bedroom is dominated by a black headboard wall that screens the en suite with its programmable shower (Mr. McCormick jokes it's "the reason you get up in the morning") and the walk-through closet.

Outside is all new for 2012, with extensive landscaping, a black limestone driveway and serpentine paths. Four distinct areas with different light levels – including one with a towering old walnut tree – means thousands were spent on hostas, monkey grass, lilies, bamboo, magnolias, Japanese maples, tulip trees, and nine redbud trees that will burst into a "pink cloud" come spring.

"I pushed the boundaries on plants," says the green-thumbed Mr. Phillips.

With so many mini-moments of detail, both owners are forced to think of the bigger picture. For Mr. Phillips, it's how the open-concept home so effortlessly opens its architectural arms to guests: "I think we've had 70 people in this house, and that was in winter." For Mr. McCormick, it's privacy, as he points to the many windows that rarely have blinds drawn, and the tall cedar hedges outside: "There's really no one looking in."

Mr. Ling, the realtor, agrees the home is big on little details, but leaves the final word to his videographer: "He has done the Bridle Path area, and he said that the way that they've done this [house] is even better." 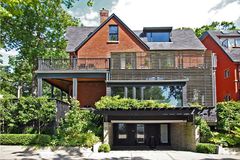 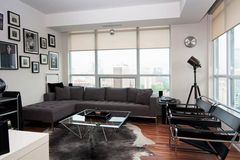 In Toronto, more condos on the horizon despite dipping prices
May 10, 2018 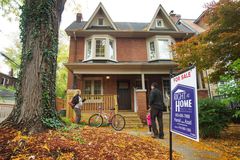