Greater Toronto home prices jumped in September as buyers appeared to put an end to a slump that began in the spring with government measures to cool a scorching real-estate market.

Prices were up 2.6 per cent compared with September last year, but remain 15.8-per-cent lower than they were at the market's peak in April before the downturn began.

For subscribers: Scenes from the wildest real estate frenzy Canada has ever seen

The market recovery last month was driven primarily by buoyant sales of detached houses in the city of Toronto, where average prices climbed 13.8 per cent in September compared with August. The average detached house sold for $1,355,234 in Toronto in September, still well less than the peak price of $1,578,542 recorded in April.

In the 905 region surrounding Toronto, however, average detached-house prices were virtually unchanged, climbing less than 1 per cent in September to an average of $912,921 as the GTA experiences an uneven upturn in activity.

"Tentatively, it looks like the worst is over for the Toronto housing correction," Bank of Montreal economist Sal Guatieri said. "It's a fairly minor correction to begin with – on a year-over-year basis, prices are still up from a year ago."

If the market turned the corner in September, there are still signs it is far from the level of buyer frenzy seen earlier this year. TREB said the volume of homes sold in September fell 35 per cent compared with the same month last year, a decline that is in line with similar large drops in monthly sales volumes seen since June.

Mr. Guatieri said the decline comes off record levels in 2016, so is not as massive as it looks. Total monthly sales are only slightly lower than the 10-year average, he said.

Real estate agent Chris Slightham, president of Royal LePage Signature Realty, said the buyers he sees are calmer and more confident than they were in the spring and have realized "the world is still good from a real estate standpoint."

"That frothiness of the spring has corrected itself – it has come back to a much more healthy number and looks like it has found its bottom," he said.

Toronto's market recovery is following an almost identical pattern to Vancouver's market. The B.C. government implemented a new foreign-buyer's tax last August, and average house prices immediately fell, hitting bottom by January this year, or roughly five months later. The Ontario government announced a similar foreign-buyer's tax, among other measures, for the Toronto region in April, and it appears prices may have bottomed in August, about four months later.

Canadian Imperial Bank of Commerce deputy chief economist Benjamin Tal expects Toronto to have an uptick in prices akin to what Vancouver saw in April and May this year, but then to grow much more slowly than in the past, similar to Vancouver's current slower-growth pace.

"Vancouver had a nice rebound and now is going kind of sideways, and that's more or less what we're going to see in Toronto, which is a good scenario," he said.

Both cities have also seen the condominium sector emerge as the strongest growth area for residential real estate. Condo prices in Toronto climbed 2.5 per cent in September compared with August and are up 23 per cent over September, 2016. The Real Estate Board of Greater Vancouver reported on Tuesday that the benchmark price for condos was up 22 per cent in September compared with the same month last year, while detached house prices are up 2.9 per cent from a year ago.

Real estate agent Eryn Richardson, general manager of Century 21 Heritage Group, said agents in offices in suburban regions around Toronto did not see a flood of new home listings that some expected to come on the market in September, which meant there was not excess inventory causing downward pressure on prices.

New listings rose 9.4 per cent across the GTA in September after falling in August, creating balanced market conditions.

Mr. Richardson said agents in his firm have also seen the return of buyers who are looking for houses as investment assets, which he sees as another sign of turnaround in the market. Investors and speculators largely left the market in the spring and summer, when it was unclear how far prices would fall.

"Those people are starting to purchase again – those buyers have come back out," he said. "Everything has cooled off, there's no doom and gloom, and things have started to rebound from a perception standpoint."

A range of lending and real estate groups have urged the OSFI to hold off introducing tough new measures while Toronto's market was struggling through a downturn, but Mr. Tal said the regulator will likely now conclude both Vancouver and Toronto markets are healthy enough to withstand new regulatory measures.

Anxious sellers in the GTA real-estate market are reviving the ‘reverse offer’
June 6, 2018 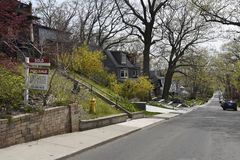 Housing affordability in Canada at worst level since 1990: RBC
September 29, 2017 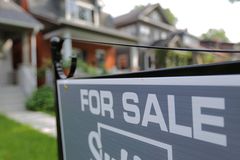 Mortgage changes to be finalized this month: OSFI
October 3, 2017
Follow Janet McFarland on Twitter @JMcFarlandGlobe
Report an error Editorial code of conduct
Due to technical reasons, we have temporarily removed commenting from our articles. We hope to have this fixed soon. Thank you for your patience. If you are looking to give feedback on our new site, please send it along to feedback@globeandmail.com. If you want to write a letter to the editor, please forward to letters@globeandmail.com.
Comments