The Standards Council of Canada is working on new guidelines to make municipalities more resilient against major flooding as the insurance industry grapples with soaring claims and governments face demands to help those who are uninsured.

The resiliency standards for new communities will complement work being done by a private-sector company, CSA Group, to provide guidance on how to best protect existing buildings from the intense rainfalls and floods that have been experienced across the country in recent years.

As part of the standards council's work, the Intact Centre for Climate Adaptation is releasing a report Tuesday outlining best practices that municipalities should follow to minimize the risk of flooding and sewer backups when developing new subdivisions. The report was financed by the Standards Council and by Intact Financial Corp., which has faced rising claims as a result of severe weather in recent years.

The insurance industry is working with developers, municipalities and senior levels of governments to adapt to the anticipated effects of climate change, including severe weather that results in flooding and other damage to buildings and infrastructure.

The intensity of the recent hurricanes that caused massive property damage in Texas, Florida and the Caribbean should "serve as a wake-up call," Blair Feltmate, head of the Intact Centre on Climate Adaptability, said in an interview Monday.

"While we may not realize storms of that magnitude, we are certainly going to realize storms of greater magnitude [than have been typical in Canada]. So the degree to which we can build adaptation into the system now, that will diminish the amount of havoc we realize when those bigger storms, which are certain, hit."

Mr. Feltmate is also co-chairing a federal panel on adaptation that will report on how government should respond to various risks that arise from extreme weather.

A number of regions experienced extreme rainfall that caused floods this year. A number of communities along the Ottawa and St. Lawrence river are still recovering after being inundated during an abnormally wet spring.

At the end of August, Windsor, Ont., experienced a record one-day rainfall – more than 200 millimetres in some locations – that flooded more than 6,400 homes and businesses. That deluge hit just a year after a storm sent water into basements for 3,100 homeowners in the Windsor area.

Windsor Mayor Drew Dilkens said many of the affected homeowners were either uninsured or had the coverage cut back after last year's floods, and are facing thousands of dollars in costs. Mr. Feltmate said the average price of restoring a basement inundated with contaminated storm water can exceed $40,000.

Mr. Dilkens said the city is committed to reconstructing its sewer system and other work to reduce the risk of future floods but it is difficult to stay ahead of more intense storms that are anticipated as the climate changes. And the city is trying to determine what will be the most cost-effective projects with a limited budget.

"The honest truth of it is that there is not a sewer system in Canada that could have moved the volume of water we saw here in a brief period of time," he said in an interview. But improvements can be made.

"There are some standards that all cities could benefit from, and then there are some unique characteristics of each sewer system that municipalities are going to have to identify."

Armed with Mr. Feltmate's report, the standards council will now contract with a private-sector company to develop voluntary guidelines for flood-resilient community design.

"This project supports the Government of Canada's objective to mitigate the effects of climate change on Canadian infrastructure that can be at risk due to rising temperatures or weather extremes such as flooding," the standards council said in an e-mailed statement.

Insurance-industry officials welcomed the Intact Centre report, saying it would help reduce the risk for consumers and municipalities.

"Mattamy Homes takes flood risks seriously and will continue to work with the local and regional authorities to improve our industry and communities," Mr. Alsayed said on Monday. 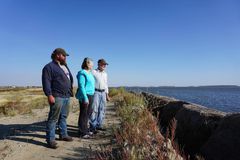 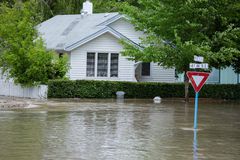 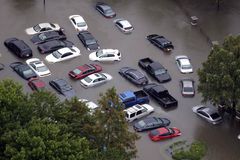