Faced with increasing competition at home and abroad, Aecon CEO John Beck and the board opted on Thursday to sell the 140-year-old company to Beijing-based China Communications Construction Co. Ltd. (CCCC) for $1.45-billion.

The sale comes after a strategic review that began in the summer, when Mr. Beck said the Aecon board concluded "we were too big to be small and too small to be big." The company, which helped build the CN Tower, will keep its name and management team under CCCC's ownership.

Mr. Beck said Aecon will use the Chinese company's backing to win larger, more complex projects in Canada and in international markets, in which Aecon is currently a minor player.

First, though, the deal will have to get through the federal approval process.

Foreign takeovers of this size are required to meet a so-called "net benefit test" to ensure they are in the interest of Canada.

The transaction will fall under close scrutiny because of CCCC's ownership structure – it is 64-per-cent owned by China Communications Construction Group, which is owned by the Chinese government – and because of the nature of some of Aecon's work.

CCCC is bidding for Aecon at a time when federal and provincial governments are projected to spend hundreds of billions of dollars on new infrastructure over the next 13 years – a figure that includes work on Ontario nuclear facilities that are current or previous Aecon clients.

The Toronto-based company builds, refurbishes, maintains and decommissions nuclear plants, having worked on 400 projects globally, according to its website. In Canada, the company has had contracts for various projects at the Bruce and Darlington plants on Ontario.

But Mr. Beck said that with CCCC's backing, Aecon is better-positioned to win large mandates for government infrastructure projects in competitions against domestic, U.S. and European construction and engineering rivals.

Aecon has won international projects in the past, including work on a nuclear power plant in China and airports in Europe, South America and Bermuda, and Mr. Beck said with CCCC's backing, the company plans to bid more aggressively for work outside of Canada.

Acquiring Aecon is part of an international expansion push at CCCC, and follows the takeover of a Texas-based engineering firm in 2010 and Australian construction company John Holland in 2015. Mr. Beck said he talked to executives at both firms while negotiating with their Chinese parent. "The feedback I got was that CCCC is a professional and supportive partner, a better partner in many regards than some companies based in the West."

CCCC is offering $20.37 a share for Aecon, a 42-per-cent premium to the stock price prior to announcement of the sale process in August. Analyst Benoit Poirier at Desjardins Capital Markets called the price "fair." Mr. Poirier said: "We believe CCCC's past acquisition of Australian construction company John Holland in 2015 will give investors confidence with regard to the transaction's benefits for both parties."

Aecon investors are expected to vote on the offer in December and if two-thirds of shareholders approve, the takeover is expected to close in the first quarter of 2018. In addition to Ottawa's process, CCCC's bid also requires regulatory approval in China. Some analysts see high odds that the deal will win approval at the federal level. "As much as we like Aecon, it is a contractor. It doesn't own any of the intellectual property that would make the deal a no-go with the Canadian public and investors," said analyst Frederic Bastien at Raymond James & Associates.

The Aecon deal represents one of the first major tests of the Trudeau government's approach to Chinese takeovers.

Lawyer Peter Glossop at Osler Hoskin & Harcourt LLP said: "Not to say there's necessarily a problem, but it's logical to assume that if you're in the nuclear business or power-generation business, these are the kinds of things that the government has identified as areas that they'd like to understand from a security perspective."

With files from Reuters

Editor’s note: An earlier headline said the value of the Aecon deal was $1.5-billion. It has since been changed to $1.45-billion, which is the equity value. The equity value plus debt would equal $1.51-billion. 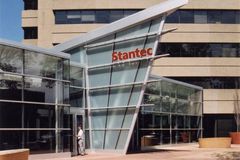 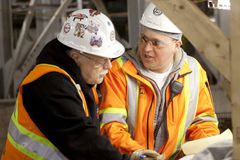