Co-founder and CEO of Vidyard, a video platform for business. Follow him @michaellitt.

I'm not a great CEO.

I'm a little inexperienced. A little overwhelmed, at times. And for the past few months, I've occasionally felt slow and anxious – second-guessing certain decisions and sometimes leaving work feeling like an imposter.

This confused me. After leaving school with an engineering degree seven years ago, I'd helped grow Vidyard from a team of two guys working in a garage to a transnational organization of 200-plus and the leading video platform for business. As everything changed around me, I felt like I'd stayed true to myself: I hadn't really changed my vision or my leadership style.

Of course, that was the problem. I hadn't learned to learn on the job.

Continuous learning is increasingly seen as a requisite job skill – and that applies whether you're a CEO or customer service rep. As technological change in the workplace outpaces education, there's a dawning understanding that our know-how needs to be upgraded, faster and more efficiently than ever before. Traditional roles are being redefined, sometimes overnight. In extreme cases, entire professions are on the chopping block owing to artificial intelligence. More than half of working Americans now think it will be essential to master a brand new skill at some point in their working lives.

The problem is, how do you pull it off?

Having wrestled with this dilemma, I realize there are no easy answers. But I hope that by sharing some of my personal observations, I can help kick-start the conversation for other CEOs, as well as for professionals trying to balance the art of building for the future, while you're struggling to just get by in the present.

Accepting that it's not going to come to you

The challenge, especially inside startups, is that there are always a million fires burning. Personally, I don't have one day (or even one night) a week to spend at a management seminar. On-demand learning sites like Lynda (now LinkedIn Learning) can be great, but who has the luxury to wade through online courses, at least while they're at work?

Not to mention, formally retrofitting your education can be as costly as it is time-consuming. Intensive coding curriculums, for example, run around $10,000-to-$20,000. A typical grad school degree starts at $40,000. And, for better or worse, the days of employers paying for education are on the decline: In the U.S., the share of workers receiving paid-for or on-the-job training has fallen steadily (and precipitously) since 1996.

That's why I think one key to continuous learning is finding ways to integrate the acquisition of new skills into your day-to-day job – rather than thinking of it as a separate activity. This sounds painfully obvious. But it's often overlooked. And it's actually pretty darn hard to do.

Learning to love what you're bad at

A first step is recognizing the holes in your skill-set – both the urgent ones that need fixing now and the ones that will open up in the years ahead. This is easier said than done. Recruiting sites – from Monster to LinkedIn – regularly publish lists of the most in-demand skills. But I think the process is more personal than that.

Interestingly, it's often the stuff you're good at – indeed, that you love doing – that you have to be most careful of. I'm a doer: I like to have my hands on the work I produce. When Vidyard was in its startup phase, I was able to improvise and troubleshoot – whether that be supporting engineering, sales or customer service – and that made me a really strong team member. But as time went by, and we were able to hire more brilliant, qualified people, this actually became a liability.

My business didn't need another doer. It needed a CEO – someone who could help plan and execute a long-range strategy, who could look at a thousand moving parts and step back to see the bigger picture. This was never my forte and it didn't come naturally. But I'm learning that being bad at something means I am figuring out how to be good at it. At times, this feels terrible. But it's necessary.

Leveraging the collective intelligence around you

Once you've recognized what's missing, the next step is to begin to fill those gaps. Often, a first impulse is to think in terms of formal coursework or training. But there may well be better (not to mention, free) resources closer at hand to accelerate your learning – if you're willing to take the initiative to find them.

To fill my own leadership gap as CEO, I started by tapping the collective intelligence of my own team – smarter and more experienced people than me who had run successful companies. My COO, for instance, has taken other startups from conception to billion-dollar valuations. Needless to say, I've started spending an awful lot of time with him.

This approach applies regardless of where you sit on the organizational chart. Actively seeking out senior people inside your company and volunteering for projects outside your comfort zone is a sure way to integrate continuous learning into the job. But this doesn't "just happen" – you have to aggressively hunt down these opportunities.

Looking further afield is also critical. I've started cold calling, in essence, professionals who are a few steps further along in my career track. Some snub my advances. But I've also seen an exceptional amount of collegiality – busy, successful people who make time for a coffee or even a regular chat. By the same token, peer and professional groups can be an overlooked resource. For founders and entrepreneurs, these include traditional organizations like YPO and EO, as well as more tech- and startup-focused groups like 10X CEO (more or less a boot-camp for venture-backed CEOs). Talking with colleagues who have walked in my shoes has given me a much clearer idea of the path forward.

I can't say I've mastered the art of continuous learning yet. Some days still feel like an uphill climb. But I've realized that growth starts out feeling that way – with a commitment to stalk your shortcomings, rather than ignoring them or covering them up with distractions. You lose that reassuring hit of dopamine from doing something you're great at. But you gain a foothold on a new skill.

What's abundantly clear is that as technology accelerates the pace of change at work, this ability to see holes in your own skill-set and hack together a plan to fix them is only going to get more important. It's comforting to think that government or corporate sponsors will step in to fill the gaps. But ultimately, the onus for continuous learning might just be on us.

How to get ready for your next big speech or meeting – according to science
September 27, 2017 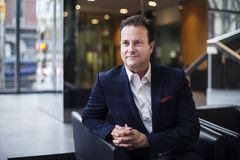 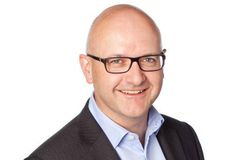 Young professionals: you have to be seen to be successful
September 26, 2017 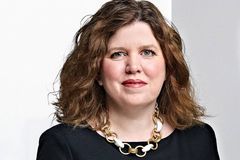 How your company can keep pace with disruption
September 19, 2017 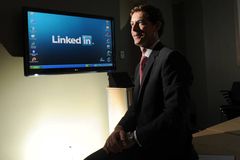