Viagra was an innovation that didn't disrupt or dislodge any other existing drug. It created a new market.

Microfinancing didn't take away any existing loan market from banks; when Muhammad Yunus started lending to the Bangladesh poor, he found people who were being ignored by existing financial institutions. He created a new, non-disruptive business line that in time banks entered.

Those are three examples W. Chan Kim, a professor of strategy at INSEAD, cites in an interview as he rails against the fervent focus these days on disruptive innovation.

With Renée Mauborgne, a colleague at the business school and his co-author of the recent book Blue Ocean Shift: Beyond Competing – Proven Steps to Inspire Confidence and Seize New Growth, a follow-up to their 2005 bestseller Blue Ocean Strategy, he urges you to swim away from the competition, who are in a frenzy as they attack each other in blood-infested red oceans, and move out where nobody else has gone, to a blue ocean of serene splendour.

That requires breaking away from what you have been told about innovation. And finding the right tools to help you craft a smart approach. The professors can help on both counts.

Our traditional thinking on innovation reflects influential economist Joseph Schumpeter's 1942 description of capitalist growth through "creative destruction." But Mr. Kim argues we can create without any destruction. "There is a space for non-disruptive creation. And it's a big space," he says in the interview. You just need a blue ocean mindset to find it. That means not taking your industry conditions as a given but believing you can reshape them in your favour.

Blue-ocean strategists don't seek to beat the competition; they see ways to make the competition irrelevant. They focus on creating and capturing new demand, not fighting over existing customers. Crucially, they break away from the conventional wisdom that companies must either differentiate themselves on benefits from the competition or be the low-cost provider; instead, blue-ocean creators find a new way to provide value, doing both.

But there's another change in mindset required. Instead of pushing change on staff, they work with their people. The authors call it humanness. "When we talk of a blue-ocean shift from red to blue you need to take people along with you. They have feelings. People fear change and you need to boost their confidence so they feel they are taking the right approach," Mr. Chan says in the interview.

The strategy canvas takes those ideas into a depiction of what value you are offering compared to others in the industry, hopefully highlighting significant, appealing differences. Mr. Chan notes that corporate strategy sessions are filled with Power Point slides showing economic and industry conditions but few have this simple graphic demonstrating clearly how you can beat your competition through a new ocean formula.

It's important, of course, that you have customers for your offering. But the blue-ocean concept involves finding new customers from the traditional one the industry has pursued – "an ocean of non-customers," as they put it. The tool they devised identifies three tiers of non-customers who you may be able to attract with a new offering:

First tier are all the soon-to-be non-customers of your industry. They aren't loyal but simply buy because they have to.

Second tier are refusing non-customers who thought of using your offerings but rejected it either because some other industry can better meet their needs or you're too expensive.

Third tier are unexplored customers, who have never been thought about as potential customers or targeted by other players, like the Bangladesh poor Mr. Yunus targeted.

A buyer utility map exposes the pain points associated with your offering – what the experience is like along six dimensions, including simplicity, convenience and fun. "Utility maps look at existing people. So banks didn't look at poor people who didn't have capital and got rejected for loans. Blue market says you have to reach out to new people and see about their experience," Mr. Chan says.

So scout out a blue ocean and swim in that direction – but with humanness.

How to shoot for success when starting your own business
October 2, 2017 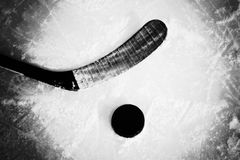 How your firm’s age predicts its managing style
September 25, 2017 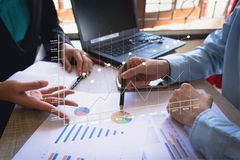 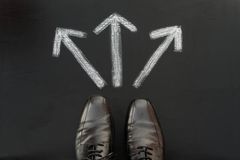