The summer of 2007 wasn't all bad. Compared to the soaker Central Canada has faced this year, the weather was idyllic. According to Environment Canada, it was "a summer to remember with record warmth and perfect weekends." Niagara farmers couldn't recall "better fruit flavour."

Some of us can't remember what the peaches tasted like. For those working in or writing about Canada's financial sector, the summer of 2007 was the scariest they had ever known. Things would get much scarier, on a global scale, a year later. But it was during the summer of 2007 that one of Canada's leading institutions faced the crisis that first alerted us to the rot underlying our entire financial system. We're still recovering from the shock.

When the non-bank asset-backed commercial paper (ABCP) market froze up that summer, no institution faced a greater existential threat than Caisse de dépôt et placement du Québec, the Quebec pension-fund manager that was then Canada's largest institutional investor. The Caisse, we learned, had accumulated 40 per cent of the $32-billion in non-bank ABCP that had been issued by obscure investment "conduits" with names such as Aurora, Comet and Rocket.

This short-term paper had received the highest possible rating from Dominion Bond Rating Service, but yielded slightly more than safe but stodgy government of Canada Treasury bills. Individual Caisse portfolio managers gorged on the stuff, blissfully oblivious to the risky U.S. subprime mortgages and highly leveraged derivatives that underlay the ABCP they bought.

When ABCP markets froze up, and conduits were unable to issue new paper to repay existing ABCP holders, the Caisse was exposed to potential losses that far exceeded the nominal value of the $12.6-billion in paper it held. That's because of the derivatives, such as credit default swaps, that were included among the ABCP's underlying assets. Had the conduits been forced into liquidation to repay investors, the Caisse's very survival might have been at stake.

It is no surprise then that many of the financial-industry professionals involved in resolving the ABCP crisis are celebrating the tenth anniversary this month of the so-called Montreal Accord. Under that hard-won restructuring, ABCP investors agreed to convert their short-term paper into longer-term investments. The last of those investments expired this year.

In a recent review of the Montreal Accord, former DBRS head Walter Schroeder, ex-J.P. Morgan vice-president Timothy Ryan and Goodmans lawyer Stephen Halperin estimate the overall losses experienced by ABCP investors at $2.6-billion, instead of the more than $200-billion in losses that investors potentially faced if ABCP issuers were forced into immediate liquidation in 2007.

They particularly single out then-Caisse-head Henri-Paul Rousseau for credit. Had it not been for the efforts of this "architect" of the Montreal Accord, they insist, the restructuring "might never have seen the day, which would have triggered a liquidation of assets and considerable losses."

We're all for giving credit where credit is due. But it should not be forgotten that Mr. Rousseau was responsible for getting the Caisse into this fix in the first place. Not only was it a reckless move for the pension-fund manager to invest almost 9 per cent of its overall assets in short-term instruments with no long-term track record of dependable performance. With such a large proportion of its assets tied up in illiquid investments after the Montreal Accord, the Caisse was forced into a fire sale of other assets to free up cash to meet margin calls during the 2008 financial crisis.

The chain of events unleashed by its disastrous decision to hold so much ABCP caused the Caisse to experience much larger losses than its peers during the crisis. In 2008, it reported a minus-25-per-cent return compared with an average 18-per-cent loss among large Canadian pension funds over all.

In the end, the Caisse says it lost $1.9-billion on its ABCP holdings, a figure it says includes "all of our operations to reduce or manage the volatility of our position." Hence, the Caisse adds, the figure is not directly comparable to the $2.6-billion in losses experienced by all ABCP holders.

Even so, the $1.9-billion loss wildly understates the true cost – financial, reputational, human – of the Caisse's ill-fated move into ABCP more than a decade ago. It shook the institution to its core, exposed the weakness of its risk-management practices and ended the careers of more than a few individuals. It took nearly a decade, under the leadership of current Caisse chief Michael Sabia, for the institution to put that ABCP saga behind it and look confidently forward.

Minimizing the fallout from the ABCP debacle is only an invitation to repeat it. 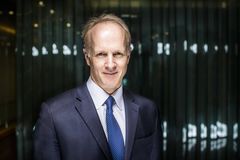 Junk bonds are the big winner decade after financial crisis 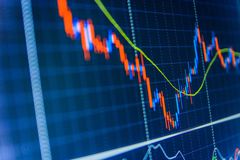