Canadian farmers have never been older, raising questions over who will produce the country's food in the coming decades.

For the first time on record, farmers in the 55-and-over age category comprise the highest percentage of total operators, Canada's 2011 census of agriculture shows.

An aging work force in Canada's farming community has long been a source of concern as the profession struggles to attract young people to the sector. Thursday's census shows the average age of Canadian farmers was 54 years last year, up from age 52 in 2006 and 49.9 in 2001.

Universities and colleges have been trying to attract young people to the sector by, in part, trying to lure more immigrants, women and city dwellers into the field.

"The concern is that farmers are aging, and for the sector and for the economy generally, where are we going to find young farmers to fill the role of those folks who are leaving the business?" said Brian Kaliel, Edmonton-based partner in Canadian law firm Miller Thomson's agriculture and food production group, who has scrutinized the sector for the past 40 years.

Higher grain prices and improved finances may well be the best draw for young people into the business, he said, adding that the future of farming may well be a splintering into mega-farms on one side and boutique operations that fill niches in the food industry on the other.

The census of agriculture, released by Statistics Canada, has been tallied since 1871 and taken at five-year intervals since 1956.

The total number of farmers is declining rapidly. As of last year, there were 294,000 operators – a 10.1-per-cent slide since 2006, a drop that's occurred in line with the decreasing number of farms. Of the total, 73 per cent of farmers are male and 27 per cent female.

Just 8.2 per cent of operators were younger than 35 as of last year.

Quebec has the youngest farmers, with an average age of 51. British Columbia's operators had the highest average age at 55.7.

A few factors suggest the numbers may not be as dire as they seem, says Lyndon Carlson, Regina-based senior vice-president of marketing at Farm Credit Canada. For one, many farmers are in no rush to retire in their fifties, he said, adding that he is seeing many sons and daughters who want to continue in the family business.

With technology gains and innovation in the sector, fewer farms and farmers doesn't mean less production. And higher commodity prices, particularly for grains, are fuelling optimism in the sector, he said.

The census also painted a sweeping picture of agricultural changes in Canada.

Here are some of its findings:

– Canada's agricultural sector has shifted from livestock-based farms to crop-based farms. "Crop production and beef farming have long been the backbone of Canadian agriculture, but the gap between the two has widened," the census said. By last year, the share of oilseed and grain farms had grown to 30 per cent, while the share of beef farms had dropped to 18.2 per cent.

– For every dollar of receipts in 2010, Canadian farmers had an average of 83 cents in expenses.

– Canola has surpassed spring wheat, which lost its position as Canada's No. 1 field crop. It was the fourth straight census in which the acreage of spring wheat fell. 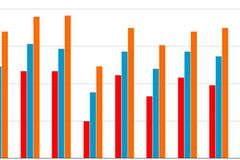 Canadian Wheat Board cuts hundreds of jobs as monopoly ends
May 1, 2018 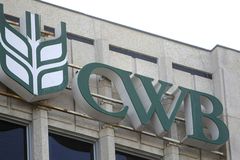 How Canadian farmers risk missing a global agri-boom
May 8, 2018 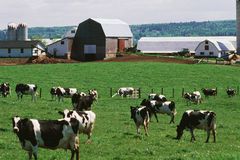 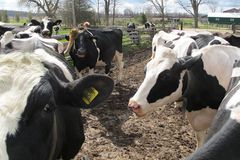 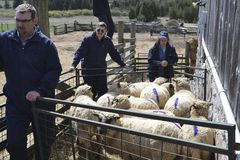 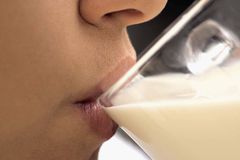