"Concerns about the euro zone debt crisis have come back to the surface after the downgrade of Spain," Commerzbank analyst Carsten Fritsch said. "But I wouldn't expect it to continue, it could be a short-term blip, as the general direction is upwards because of the continued supply risk in Libya and tomorrow's day of rage in Saudi Arabia."

A fall in the euro on the back of Moody's downgrade of Spain's sovereign debt pushed the dollar index higher. A stronger greenback typically renders dollar-denominated commodities such as oil and gold more expensive.

Analysts said China's overnight surprise trade deficit data also weighed on oil prices on worries it could signal slowing growth, but the downside was likely to be underpinned by escalating violence in Libya.

Tanks fired on rebel positions around the oil port of Ras Lanuf and warplanes hit another oil hub further east on Thursday as Moammar Gadhafi carried counterattacks deeper into the insurgent heartland.

"What we are looking at is possible damages to the oil installations. Up to now we still had the residually optimistic scenario, but if oil installations are being damaged, there is a completely different situation. We may have to restructure everything in the medium term to adapt to a substitute to Libyan oil," Christophe Barret from CA CIB said. "It means Libya could remain out of the picture for a long time."

An official from the East Libya oil company AGOCO told Reuters the company was making arrangements to market oil directly to foreign buyers, instead of through its state-owned parent.

"The large explosions and enormous columns of smoke from storage tanks and other facilities in Ras Lanuf, close to the Es Sider terminal, are perhaps more than merely symbolic," Barclays Capital oil analysts headed by Paul Horsnell said.

"They represent a final fading of any residual realistic hope that the outage of Libyan oil could prove to be anything other than prolonged."

International pressure continues to mount after Russia said it would ban all weapons sales to Libya, while Germany ordered a freeze on bank accounts held by the Libyan central bank and the Libyan Investment Authority.

Confirming previous non-Libyan estimates, Shokri Ghanem, chairman of Libya's National Oil Corp, said production had been cut to about half a million barrels per day from 1.6 million bpd by the war, as many foreign and local workers left oilfields.

Libyan oil trade has been paralyzed as banks decline to clear payments in dollars due to U.S. sanctions, though Austrian energy group OMV said it had been buying small amounts of Libyan crude oil and would continue to do so.

"It appears that most of Libya's bridges with OECD countries in particular are already aflame or may have already been burned," Barclays Capital said.

Still, an OPEC delegate said on Wednesday it saw no need for an emergency meeting to discuss raising output.

In the United States, initial claims for state unemployment benefits increased by 26,000 to a seasonally adjusted 397,000 last week, compared with economists forecasts of 378,000.

On Wednesday, U.S. light crude fell after stockpiles at the pricing point for benchmark West Texas Intermediate at Cushing, Okla., surged 1.7 million barrels to a record of almost 40.3 million barrels, according to the U.S. Energy Information Administration.

That caused the discount of WTI to European marker Brent to widen, trading at $12.61 a barrel by 1533 GMT. 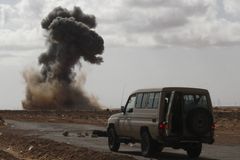 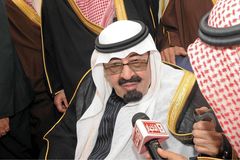 Oil companies turn off taps in Libya
April 29, 2018
Follow us on Twitter @economy_lab Opens in a new window
Report an error