Canada's most prominent oil sands executives are launching a push to win over major European investors who view the industry as off-limits for environmental reasons.

The bank bills the session as "an effort to educate the environmentally conscious European institutional investor community" about company- and industry-specific policies related to environmental, social and governance (ESG) issues, according to an invitation.

It comes as Europe's biggest oil companies beat a hasty retreat from the region, spurred by a combination of investor pressure as well as a need to repair finances damaged by the collapse in global oil prices.

ESG factors, which encapsulate everything from carbon disclosure to Indigenous relations, are playing a bigger role in how and where pension funds and other major investors allocate money.

While overseas investors comprise a fraction of Suncor's and CNRL's shareholder base, the companies could face pressure from large institutional shareholders in the United States if those funds follow the Europeans' lead.

Credit-rating agencies are also looking at how such criteria might change the risk profiles of companies and other debt issuers they assess.

In Europe, there's a deeper recognition of the risks around climate and energy as governments and industries begin the long process of weaning themselves off fossil fuels, said Simon Dyer, Alberta director of the Pembina Institute, a clean-energy think tank.

"There are substantial environmental and liability risk factors associated with the oil sands," he said. The biggest include the spread of toxic tailings ponds, rising overall greenhouse-gas emissions and questions about land reclamation.

"European investors are interested in the long view, and when you're actually talking about projects that are going to last 40 or 50 years, actually being able to assess the long-term risk becomes a lot more salient," he said.

Some of the continent's biggest companies have already fled Alberta. Earlier this year, Royal Dutch Shell PLC sold its oil sands business to CNRL in a $12.7-billion deal. That followed an exit by Norway's Statoil ASA last year. Total SA of France has also pared its exposure.

CNRL did not respond to questions on Monday. A Suncor spokeswoman said the company regularly discusses ESG issues with investors. However, this is the first session in Europe dedicated to the topic, reflecting increased focus on such issues.

In the past year, the company has attended similar events in Montreal, Toronto, Calgary and Vancouver, Suncor spokesperson Sneh Seetal said in an interview. "It's been an important part of our outreach to investors for some time," she said.

"It provides access to a different group of investors in those sessions, and we're also able to provide very focused, detailed information to investors that are specifically interested in ESG performance."

The effort is the second time Mr. Williams and Mr. Edwards have teamed up in a bid to recast the industry's battered image. They were key backers of Alberta's economy-wide carbon tax and supported a legislated cap on emissions from the oil sands, efforts designed to blunt opposition to proposed pipelines.

Both companies have taken advantage of the industry downturn to consolidate their holdings, while pouring billions of dollars into major expansions designed to pump bitumen for decades to come.

The sector has faced obstacles in Europe before, in the form of proposed fuel standards that would have classified crude produced from the oil sands as much dirtier than other fuels. That measure was defeated after an intense lobbying campaign spearheaded by the Alberta and federal governments. 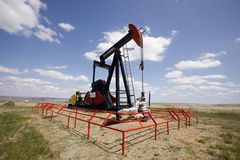 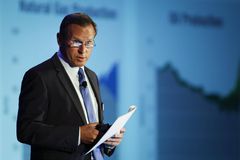