The halt of the Energy East pipeline has added new urgency for Alberta and its main industry's oil-export hopes as the province gets set to make its legal case in favour of Kinder Morgan Canada Ltd.'s Trans Mountain project.

The province is scheduled to make its case on Friday to the Federal Court of Appeal hearing a joint application from numerous groups to nullify Ottawa's approval of the Trans Mountain expansion. Prime Minister Justin Trudeau approved the $7.4-billion project last year following a conditional positive recommendation from the National Energy Board.

"Trans Mountain expansion was always important as it is pointed at the Asian markets that are projected to grow oil demand more than other markets in the coming years," said Jackie Forrest, director of research at the ARC Energy Research Institute. "But the cancellation of Energy East makes TMX expansion even more important as it is now the only potential pipe that could offer Canadian producers new markets beyond the U.S."

Ms. Notley's NDP government has tried to achieve a tricky balance by championing export pipelines to new and more lucrative markets while pushing forward with stringent legislation to limit the industry's carbon emissions. Ms. Notley is also looking for an economic win following three years of an energy-industry downturn that has prompted tens of thousands of job losses and squelched her government's resource revenues.

Alberta argues that the Trans Mountain approval should stand because Kinder Morgan and the federal government adequately consulted – and, where appropriate, accommodated – First Nations communities. The province says the decision properly weighed social, cultural, environmental and policy implications, including the risks of marine oil spills and measures in place to respond if such an incident occurred.

"The decision falls well within the wide range of acceptable and defensible decisions on the facts and law and ought to be upheld," Alberta said in its written submission.

Alberta holds up its own greenhouse gas policy, which features a carbon tax and legislated cap on emissions from the oil sands, as proof that it is serious about efforts to counteract climate change. The federal cabinet took the policy into account when it green-lit the expansion through B.C., which would prompt an estimated sevenfold increase in tanker traffic in Vancouver's harbour.

The B.C. government, Indigenous communities, environmental groups and municipalities including Vancouver and Burnaby are fighting against the project on several legal fronts, claiming inadequate consultation and spill cleanup capability, among other allegations. B.C., represented by former justice Thomas Berger, argued last week that British Columbia bears the bulk of the environmental risk while Alberta would get most of the economic benefits, yet the approval puts Alberta's needs first.

TransCanada's decision last week to scrap its plan to ship crude to New Brunswick came as a blow to Alberta, despite widespread belief among energy executives that the odds of it proceeding were slim. The province had been an enthusiastic supporter, even signing up for capacity to ship some of its own oil that it takes in lieu of cash royalties. With the end of Energy East, Alberta's export hopes are now pinned on Trans Mountain, as well as TransCanada's Keystone XL pipeline, which has been revived by U.S. President Donald Trump.

The previous Liberal government in B.C. supported the Trans Mountain project after Kinder Morgan made concessions, including up to $1-billion in payments to the province. B.C.'s new NDP minority government opposes it. The court is expected to rule in three to six months. 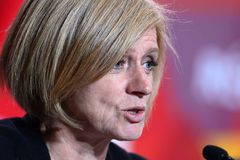 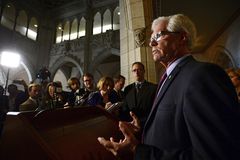