The U.S. lumber lobby is unwilling to compromise in the Canada-U.S. softwood dispute, a stand that points to a long impasse in the trade battle, says the head of Canada's largest forestry company.

The 2006 softwood lumber agreement expired in October, 2015. A group led by the U.S. Lumber Coalition began flexing its muscles in November, 2016, after the expiration of a one-year litigation moratorium, petitioning the U.S. Department of Commerce to impose countervailing and anti-dumping duties on Canadian lumber shipments into the United States. That move turned out to be successful in 2017, with the Commerce Department deciding to penalize Canadian producers.

A breakthrough to strike a new softwood pact has proven to be elusive. "We would not be optimistic about a settlement in the short term, and I don't think NAFTA helps at all in that regard at this point," Mr. Seraphim said.

Mr. Seraphim said that while Foreign Affairs Minister Chrystia Freeland recently raised crossborder lumber issues with the U.S. government, the coalition holds the key to any breakthrough. "I know that Minister Freeland continues to have discussions with the U.S.," he said. "The real question at the end of the day here is the coalition ultimately is the decision-maker, at least at this point in time in the U.S., and they haven't shown a willingness to effectively negotiate."

"Frankly, given that we've been able to pass along most of the duties, I think patience on the Canadian side will be a virtue in the long run," Mr. Seraphim said.

Looming large is the Commerce Department's deadline to make a final determination on punitive duties on Nov. 13 – less than three weeks away. If U.S. Commerce Secretary Wilbur Ross upholds the American view that subsidized Canadian lumber is being dumped at below market value, then producers from Canada will be forced to pay combined final tariffs next year.

The preliminary tariffs imposed against West Fraser totalled 30.88 per cent. The countervailing duty expired, but the anti-dumping rate of 6.76 per cent against Canada's largest lumber producer lingers.

In the third quarter, West Fraser saw expenses of $31-million arising from duties, and during first nine months of this year, tariffs totalled $65-million.

Despite the tariffs, West Fraser posted solid third-quarter results as profit rose to $120-million, up 12 per cent from $107-million in the same period of 2016. Quarterly revenue climbed 8 per cent to $1.25-billion.

West Fraser shares jumped $3.52 to close at a record high of $80.51 on Tuesday on the Toronto Stock Exchange. The stock price for the Canadian forestry company has soared 68 per cent since the start of 2017, shaking off sawmill disruptions from summer wildfires in the B.C. Interior.

West Fraser is primarily a lumber producer with sawmills in Canada and the United States, although it is also a major maker of pulp and paper. "We are impressed by West Fraser's lumber segment performance," Raymond James Ltd. analyst Daryl Swetlishoff said in a research note. "West Fraser has been a top performer."

Trade in lumber is not part of NAFTA, though the long-running softwood fight factors into one of the most controversial elements of the bilateral agreement – NAFTA's Chapter 19, which sets up trade panels to settle disputes.

If the Commerce Department's final determination next month reinforces the U.S. industry's position, Canada could appeal under Chapter 19, or to the U.S. Court of International Trade, or through the World Trade Organization. 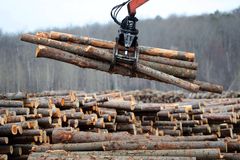 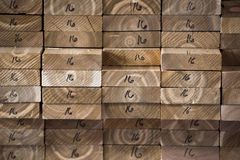 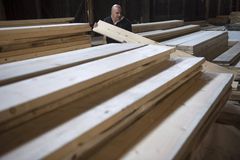