Claude Galipeau is country manager for Yahoo Canada and a board member of IAB Canada.

Digital media is now the primary channel for advertising dollars in Canada. In 2013, digital ad spending surpassed that for television and for 2014 totalled $3.79-billion. Digital now represents 34 per cent of total ad spending in Canada, versus 30 per cent for TV.

Since digital is now the largest part of the total ad pie, increased attention is being placed on its effectiveness and especially its trustworthiness. In particular, digital ad fraud has become a hot industry topic. However, the issue isn't exactly new – the problem has plagued the industry for 20 years. Today's ad fraud is caused by traffic from machines (so-called bots) posing as people, or from ads on stolen content, or from servers trying to install malware on computers and mobile devices.

While we've seen various anti-fraud initiatives over the past decade, 2015 was especially heated in terms of industry responses. Last year, we saw the Trustworthy Accountability Group launch two major programs: a fraud threat list, which is a database of known sources of "bot" traffic for digital ads; and a program to block illicit and non-human ad traffic coming from known data centres.

Brands are also putting increased pressure on media agencies and digital publishers to partner with third-party anti-fraud and ad verification companies. The overall aim of these initiatives is to bring greater trust and transparency to digital advertising.

Despite these efforts to tackle the problem, ad fraud remains of concern. In an extensive EY study on the subject in 2015, the Internet Advertising Bureau (IAB) estimated that ad fraud costs the U.S. marketing and media industry $8.2-billion (U.S.) each year, or about 14 per cent of the total estimated digital spend for 2015. While the scope of ad fraud in Canada has yet to be quantified, it's believed that the problem is not as significant here. Still, we need to remain vigilant across the ad supply chain.

So, who's to blame? Over the years, we've seen lots of finger pointing. What many seem to forget is that ad fraud affects everyone, including consumers. And because it affects the entire ecosystem, a tremendous amount of energy and resources are needed to fight this issue. It's important to recognize as well that online ad fraud is a global, borderless issue. The solution lies in collective action and participation in global programs (such as TAG) from all industry partners: publishers, advertisers, media agencies and technology companies.

The fastest way to fix the problem is to get all players involved under clear initiatives. Recently, GroupM Canada announced that all publishers who buy ad space for them must comply with their "viewability" standards. As an industry we should encourage such initiatives. Only by working together will we be able to enforce standards and eliminate fraud.

As the industry gets aligned, here are four simple steps everyone in the advertising business can take to combat digital ad fraud:

2. Verify all URLs where your ads run. For buys that target specific sites, review all Web addresses before your ads go live and be sure your third-party verifier is testing them continuously for legitimacy. For broader programmatic buys, review the URLs and site logs to the extent possible.

3. Establish a recourse plan for fraudulently-served ads. In the event that an advertiser is exposed to fraud, advertisers and suppliers should agree on a mutual recourse plan before starting to work together. Being proactive fosters a more transparent relationship between partners and eventually will increase trust throughout the industry. Joining the TAG program is a good first step.

4. Stay in the know. As the industry continues to evolve and new digital ad formats and technologies surface, it's crucial to look at new ways to detect ad fraud and maintain transparency for all parties in the supply chain. Keeping up with industry advances ensures that we stay on top of the fight against ad fraud. IAB Canada holds regular town hall sessions on the state of the digital supply chain and is a great resource of information on best practices for all stakeholders.

Advertising is in a state of transition. Digital, mobile and social platforms are now the leading platforms for delivering brand messages. It's time we work together as an industry to ensure digital advertising is known for always providing value and transparency and earning real returns on investments.

Opinion
Customers hold the power. Help them stay in control
May 16, 2018 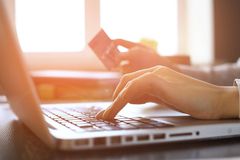 Five advertising trends from this year's Cannes Lions festival
May 16, 2018 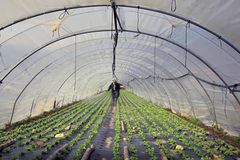