If anyone is surprised that TransCanada Corp. has scrapped plans for its Energy East pipeline project, they haven't been paying attention.

The project was conceived as a backup, and three years into an oil market downturn, the assumptions that underpinned its business case now look wildly optimistic.

The recriminations have started, especially in Alberta, as the oil patch and its supporters look to pin blame on Prime Minister Justin Trudeau's Liberals and their perceived coziness with environmentalists who care not a whit about the economy.

But this is not just a tale of Canada's inability to placate competing interests and clear the way for critical energy infrastructure.

Energy East was TransCanada's $15.7-billion plan B. It outlived its usefulness with Keystone XL, the company's better known and even more contentious U.S. project, being resurrected in the Trump era, and with forecasts for oil sands production clawed way back.

Hopefully, amid the predictable political haymaking, Canadians will ponder whether Energy East is a victim solely of regulatory overreach or something more mundane – fewer barrels on tap to feed a high-cost option.

Yes, the National Energy Board review process was a tragedy of errors, with proceedings having to be rebooted with a new panel after members of the first one were discovered to have attended ill-advised meetings with TransCanada lobbyists. And yes, First Nations and municipalities in Quebec mounted spirited opposition to the proposal and promised more intransigence.

Last month, TransCanada asked to suspend the NEB review to gauge a new requirement to tally the greenhouse-gas implications of the project. It was then that the fate of Energy East was all but sealed.

TransCanada may well have been looking for an out.

After all, Alberta's climate policies, instituted by Premier Rachel Notley last year, include a legislated cap on emissions from the oil sands as well as a carbon tax on each barrel. The company could argue convincingly that a new pipeline would not change any of that.

When Russ Girling, TransCanada's chief executive officer, announced the 1.1-million-barrel a day Energy East project in 2013, he was frustrated by U.S. President Barack Obama's foot-dragging on Keystone XL. The review for the pipeline to southern refineries from Alberta was five years on with no end in sight. Keystone had become a touchstone for green groups and A-list celebrities alike.

Energy East was an innovative alternative. For much of the route, the company could repurpose under-used natural gas lines and could also strike a patriotic tone. That is, fuel made at Canadian refineries from Alberta crude would fill the tanks of motorists in the Maritimes rather than imports from unsavoury lands with potentially dark intentions.

The made-in-Canada solution would also help the industry in its quest to be a major exporter, as more than two-thirds of the oil would gush into tankers to be shipped to new markets (even if they weren't the premium ones in the Asia-Pacific region).

When Mr. Obama rejected Keystone XL in late 2015, Energy East took on more importance with Canada's export options thinning out, but by then the landscape was already shifting. Oil had tumbled from $100 (U.S.) a barrel and was on its way to below $30. The oil sands became a money-losing proposition for many producers.

Now, the industry has tempered long-term forecasts after spending ground to a virtual halt. This year, the Canadian Association of Petroleum Producers forecast oil production of 5.1 million barrels a day by 2030. That's down 1.6 million, or 24 per cent, from what it estimated just four years earlier.

Meanwhile, U.S. President Donald Trump has championed a revival of Keystone XL – the former plan A for TransCanada's export hopes. Still, the company has reportedly struggled to sign up shippers.

The initial plan for Energy East was to have the section to Quebec City up and running by 2017, with the remainder to Saint John by 2018. The industry may have benefited from having some options apart from Keystone and Kinder Morgan's Trans Mountain pipeline to the Pacific – assuming they proceed.

As it stands, Energy East is a contingency plan whose time never came. 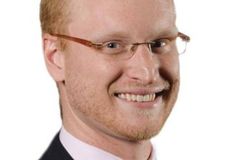