When the going was good, Indian tycoon Vijay Mallya was known widely as the King of Good Times.

He was a wealthy liquor baron who owned the Kingfisher brand of beer and threw parties at a luxurious Mumbai house where he would launch his racy Kingfisher calendars surrounded by scantily-clad models. Unlike India's more private industrialists, Mr. Mallya spent lavishly, bought luxury properties abroad and was also a high flier in a literal sense after founding his upstart Kingfisher Airlines. He even personally greeted every passenger in a video played on the in-flight TV, informing them that "each member of your cabin crew has been hand-picked by me."

Now the times are not so good for the King of Good Times, who is being accused of fleeing the country – illustrating once again the fleeting, illusory nature of business success in India and the ugly mess that can result from India's complicated bankruptcy laws.

Mr. Mallya's struggling airline has long since collapsed. He left tax authorities and airports – as well as his own staff – unpaid, and had debts totalling $1.3-billion (U.S.) at state-owned Indian banks. Late last month, he was even forced to step back from his liquor business, which he sold to Diageo PLC in 2012, after rumours of allegedly improper payments flowing from United Spirits Ltd. to other companies he owned. London-based Diageo offered Mr. Mallya a $75-million severance for his resignation from what was effectively their India division.

And that's when the recent furor really started. In a country where many struggle in poverty, the payout looked like a rather ludicrous reward for bad behaviour. And it enraged the Indian bankers who had been left holding their hats in hand, in a banking sector already reeling from plenty of other bad loans. Creditors leaped into action and an Indian tribunal halted the huge payment.

And then, even as a group of state-owned banks petitioned the Supreme Court of India to seize Mr. Mallya's passport, the businessman disappeared.

The Indian news media went wild. The word "absconded" flew around. It even became a political issue. Prime Minister Narendra Modi's government – already being criticized as a suit boot ki sarkar, or a "suit boot government" for the wealthy – was accused of having double standards and of being lax on indebted industrialists.

"How did the government allow him to escape?" asked Rahul Gandhi of the rival Indian National Congress Party, who was defeated by Mr. Modi in the 2014 general election. "When a poor man steals, he is thrown into jail. But when a powerful businessman steals, he is sent on a first-class ticket."

Mr. Mallya, who has family in England and travels frequently abroad, soon hit back against his critics on Twitter. "I am an international businessman," he wrote. "I travel to and from India frequently. I did not flee from India and neither am I an absconder. Rubbish."

Mr. Mallya's rather sensational problems speak to more systemic problems in India. State-owned banks failed to check into the collateral for Mr. Mallya's loans, and as creditors tried to seize his assets, they discovered that almost everything was leased or owned by separate companies. The cascading layers and sheer duration of Mr. Mallya's legal problems also speak to the glacial pace at which India's clogged courts operate, a situation that leaves banks and businesses on the bad end of a deal with very little recourse – even as the perpetrators traipse on to their next ventures. It took three years for creditors to seize Kingfisher's Mumbai headquarters. And the ownership of Mr. Mallya's Goa villa remains gummed up in the courts.

More broadly, this is all because orderly bankruptcies are impossible in India because of the country's lack of a single bankruptcy law. According to the World Bank, it takes well over four years to resolve a bankruptcy and the recovery of assets is only 25.7 cents on the dollar. In its recent budget, the Finance Ministry pledged to continue trying to pass an insolvency and bankruptcy law. That may sound a bit obscure in a country with India's problems, but it would bring much needed discipline to the often unruly – and unfair – business landscape.

India’s budget puts off needed reforms in favour of votes Subscriber content
May 16, 2018 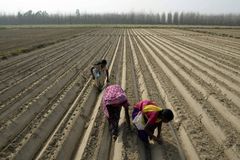 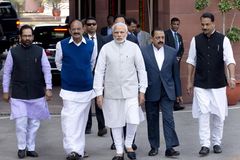